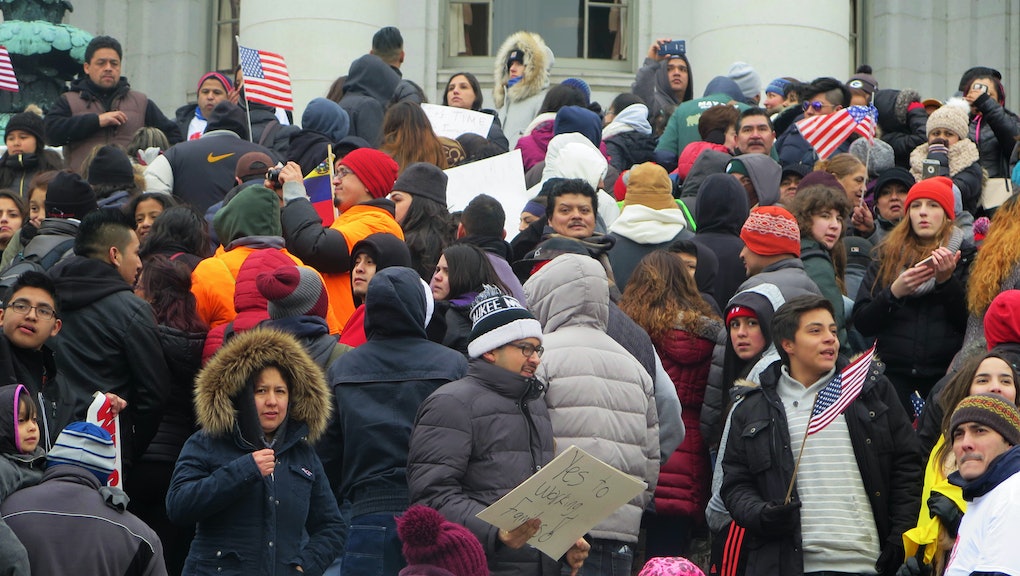 More Than Half of U.S. Latinos Say They've Experienced Discrimination

We're the land of the free — and the home of people who have to brave through discrimination every day.

According to the latest survey results from the Pew Research Center, 52% of Latinos claim they experience discrimination or unfair treatment because of their race. The survey did not describe what kind of racial discrimination — for example, believing all Latinos look alike or attacking valedictorians for their undocumented status.

However, once you drill down further into race, country of origin and age, the numbers show that some members of the community may be more vulnerable than others.

The United States Census continues to define "Hispanic" as an ethnicity and not a race, but regardless of categorization on some form, Latinos have a diverse makeup and Pew Research Center recently reported that a quarter of US Latinos identify as Afro-Latino.  And that racial difference plays out in discrimination, as well. Fifty-six percent of nonwhite Latinos reported experiencing discrimination, opposed to 41% of white-identified Latinos. Though, 41% is still a higher percentage than all Latinos over 50 and the same as immigrant Latinos.

Pew Research Center did not indicate when the survey was taken, as the early June mass shooting at Pulse Nightclub, which happened on Latin night, may have an impact on attitudes towards Latino discrimination in the United States. However, this election — including the many calls by presumptive Republican presidential nominee Donald Trump to build a wall — should be enough to show that not everyone is ready to welcome Latinos into the American tapestry.