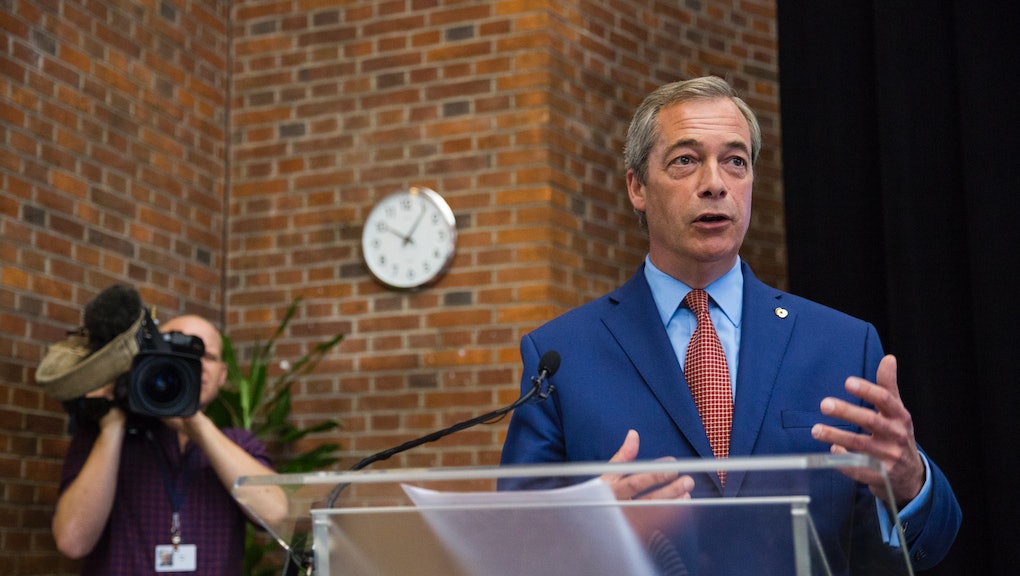 Leader of the far-right U.K. Independence Party, Nigel Farage, announced he will be stepping down from his party leadership roles in the wake of a successful popular referendum for the U.K. to leave the European Union.

"During this referendum campaign I said I want my country back," Farage told the media, according to the Telegraph. "Now I want my life back."

"I feel I have done my bit," Farage continued. "I couldn't possibly achieve more than we did in that referendum. I stand aside aside. I won't be changing my mind again, I promise you."

According to the BBC, Farage said his "political ambition has been achieved" with the successful Brexit vote. He said UKIP, which has slowly but surely been developing from a single-issue party into one with a broader platform, could remain relevant by fighting any attempts at reintegration and attacking the Labour movement.

Farage said any new UKIP leader must "steer UKIP away from the temptation of becoming an angry, nativist party," the BBC reported.

As the Guardian's Marina Hyde noted, this is Farage's third resignation from UKIP leadership. The New York Times reported Farage will remain a member of the European Parliament, and last week taunted his colleagues in that body, telling them "When I came here 17 years ago and said I wanted to lead a campaign to get Britain to leave the European Union, you all laughed at me. Well, you're not laughing now."

Prime Minister David Cameron, who called the in an ill-advised referendum to put down Euroskepticism in his own party, resigned in the wake of the vote. Labour Party leader Jeremy Corbyn lost a vote of no confidence held last week, likely ensuring his political demise as a result.