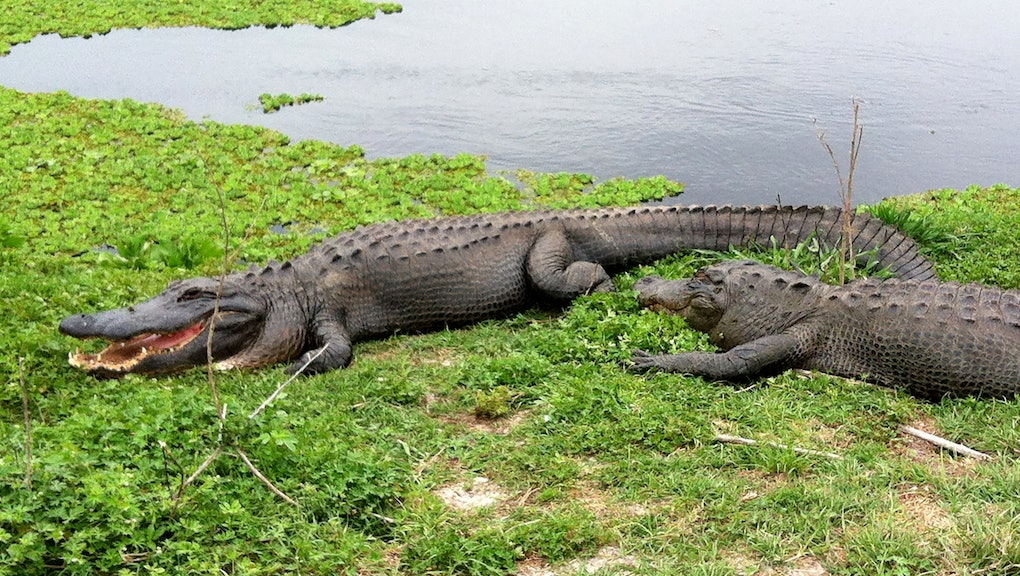 The father of the child killed during an alligator attack at Disney World's Grand Floridian Resort earlier this month says it was not just one, but two gators who attacked his son, ABC News reported.

In emails obtained by the Orlando Sentinel, the Reedy Creek Fire Department's Capt. Tom Wellons wrote he had treated injuries suffered by Matt Graves while attempting to rescue his son, Lane Graves, on the morning after the boy disappeared.

"This incredibly sweet couple insisted on showing us pictures of their happy son," Wellons wrote. "[The] mom kept referring to him as her 'happy boy.'" Wellons said that the father confided "the horror that he experienced ... [and] how another gator attacked him as he fought for his son."

At least one witness told the Orange County Sheriff's Office he had seen a second gator involved in the attack, reported the Sentinel.

Authorities pulled six alligators from the lagoon following the attack, according to ABC News.

Alligator attacks are relatively rare, with just nine recorded unprovoked attacks reported by the Florida Fish and Wildlife Conservation Commission in the year of 2015 throughout the state. Only one was fatal.