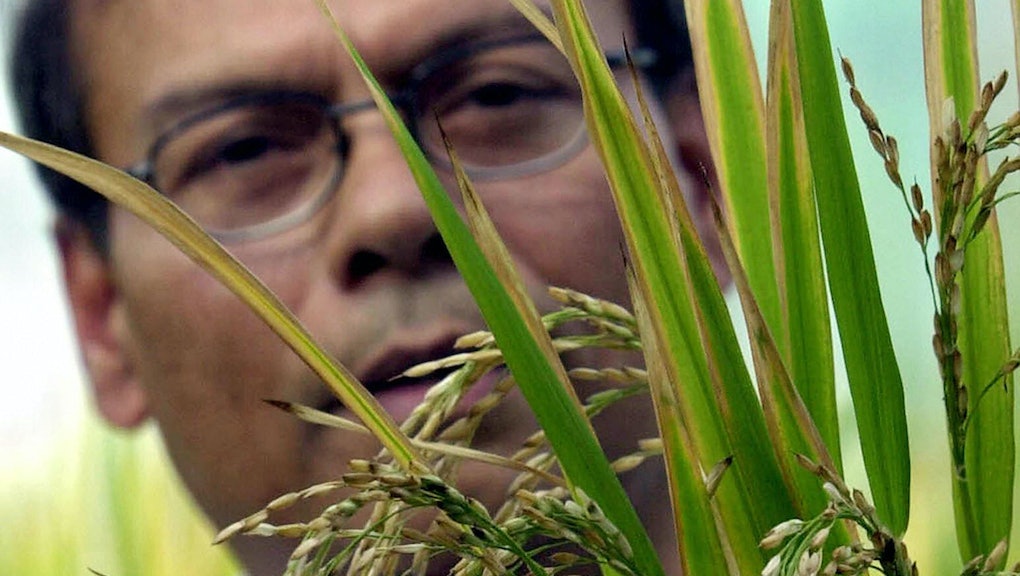 Nobel Laureates Just Issued a Big Warning About GMOs. It's Not What You Think.

The jury is in: Genetically modified foods are safe, and we'll need them for the future.

That was the message a group of 109 Nobel laureates — 41 of whom won the Nobel Prize in medicine — had for Greenpeace, an organization with some disputed ideas about how GMOs threaten life as we know it.

"Greenpeace has spearheaded opposition to golden rice, which has the potential to reduce or eliminate much of the death and disease caused by a vitamin A deficiency, which has the greatest impact on the poorest people in Africa and Southeast Asia," the letter reads. "The World Health Organization estimates that 250 million people suffer from VAD, including 40% of the children under 5 in the developing world."

According to the letter, scientists and regulatory groups have repeatedly found "crops and foods improved through biotechnology to be as safe as, if not safer than," foods grown any other way.

"We call upon Greenpeace to cease and desist in its campaign against golden rice specifically, and crops and foods improved through biotechnology in general."

Greenpeace released a statement in rebuttal. It claimed golden rice is a failed experiment and not an effective means of getting global approval for GMO foods in the future.

"Rather than invest in this overpriced public relations exercise," the statement reads, "we need to address malnutrition through a more diverse diet, equitable access to food and eco-agriculture."

All of that sounds great. But accessing a diverse diet is a hell of a lot harder when you don't have access to food in the first place. And if the laureates are correct, and Greenpeace is standing in the way of poor communities getting access to the food that will be, in the future, how we keep people from dying of malnutrition, that access isn't going to get any easier.