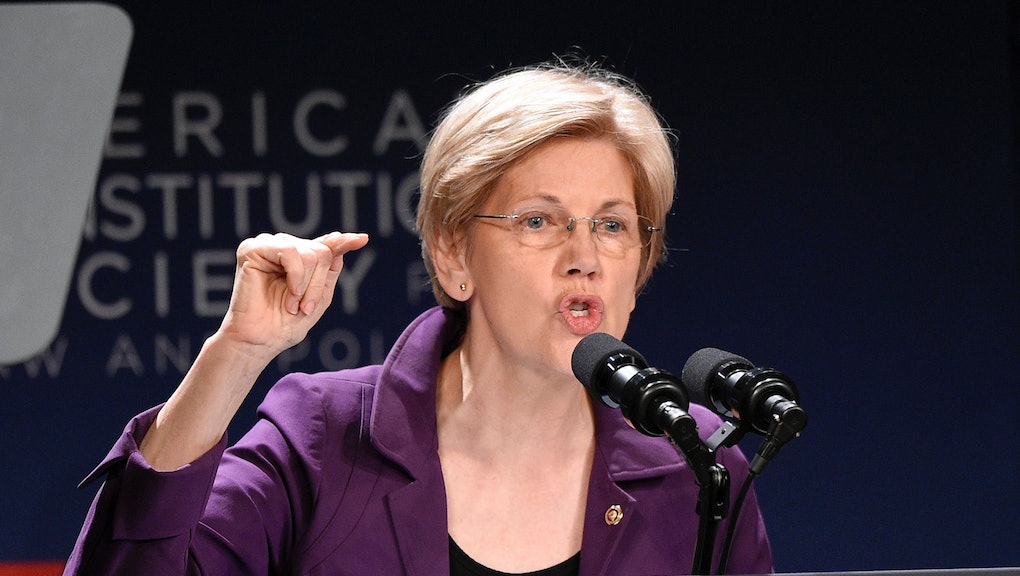 Comcast is not the worst anymore (Mediacom is now the most-hated company in the United States) but that didn't stop Sen. Elizabeth Warren (D-Mass.) from slamming it during a speech last week.

"Last year was Comcast's best year in nearly a decade," Warren said in prepared remarks during New America's Open Markets Program event Wednesday, according to DSL Reports. "But while big telecom giants have been consuming each other, consumers have been left out in the cold — facing little or no choice in service providers and paying through the nose for cable and internet service."

Warren said Americans are paying "much more" to their cable and internet service providers than in other advanced countries — and for worse service. Warren attributes this to Comcast's practice of gobbling up the competition, leaving consumers with fewer (or no) options. "Prices go up, and quality suffers," she said.

Comcast wasn't Warren's only target — she also called out the tech overlord trifecta.

Warren listed three ways to facilitate a competitive economy rather than allow giant corporations to eat emerging businesses in their path like Pac-Man.

She said the government should stop anticompetitive mergers, "scrutinize vertical mergers" and "require all agencies to promote market competition and appoint agency heads who will do so."

"Competition in America is essential to liberty in America, but the markets that have given us so much will become corrupt and die if we do not keep the spirit of competition strong," Warren said. "America is a country where everyone should have a fighting chance to succeed — and that happens only when we demand it."