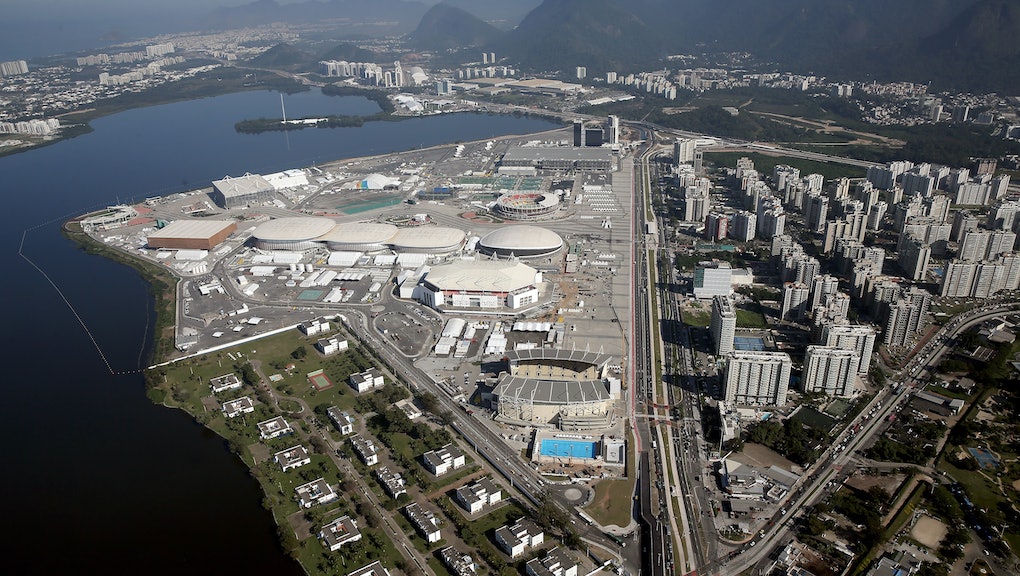 Earlier this year, medical ethicist Arthur Caplan wrote that it's "senseless and irresponsible" to hold the 2016 Olympic Games in Rio de Janeiro in the midst of a spreading Zika crisis. The problem just got much worse: Only a month before the games begin, there's now a drug-resistant "superbacteria" growing on the city's beaches.

The bacteria got into the water through the sewage of local hospitals, according to a group of Brazilian scientists.

"We have been looking for 'superbacteria' in coastal waters during a one-year period in five beaches," lead researcher Renata Picao told CNN. "We found that the threats occur in coastal waters in a variety of concentrations and that they are strongly associated with pollution."

Two affected beaches are Flamengo and Botofogo, both of which border the area where Olympic sailors are supposed to compete in August.

"It's a nice area, but every time you get some water in your face, it feels like there's some alien enemy entering your face," Germany Paralympic sailor Heiko Kroger said, according to CNN. "I keep my nose and lips closed."

"Every time you get some water in your face, it feels like there's some alien enemy entering your face."

Right now the researchers don't know what the actual impact of the bacteria will be on locals or visiting athletes, so they haven't yet recommended moving the venue. But according to Picao, it's possible that if the bacteria has a negative impact on human health, it will be resistant to treatment, making it that much more dangerous for athletes to bring back to their home countries.

Thanks to concerns about Zika and unsafe environments, Rio's Olympic games have already seen athletes pull out of their competitions. And while Rio's Mayor Eduardo Paes claims tighter security measures leading up to the games, no amount of armed guards can protect visitors from a potential drug-resistant pandemic.

This makes Russia's conditions during the 2014 Olympic Games in Sochi look like a total cakewalk.