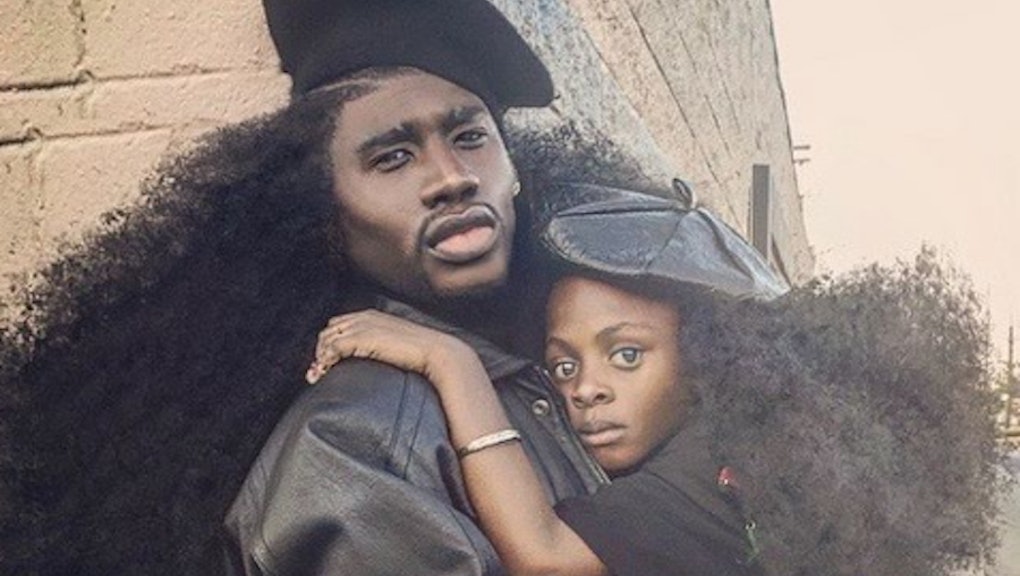 Los Angeles-based artist Benny Harlem has skyrocketed to internet stardom thanks to his iconic photo shoots with his 6-year-old daughter, Jaxyn. His portraits capture intimate, tender moments between father and daughter — and they're inspiring men nationwide.

Harlem is a stay-at-home father and an artist with thousands of followers on Instagram. In a phone interview, Harlem said taking photos with his daughter was the natural result of her wanting to be involved with his career. "My daily life consists of a lot of fathering," he said. "When I'm recording or taking pictures, she wants to be a part of that."

Through his Instagram photos, Harlem said he hopes to challenge stereotypes associated with black masculinity through social media. He also wants to encourage all men to embrace parenthood as more than a responsibility.

"Men get a bad rap because it's common to see single mothers with children. There are so many fatherless and motherless children in the world," Harlem said. "Growing up without a father myself, I carried that pain with me for so long until I turned it into drive. I told my grandmother I'm going to be a great man and a fantastic father. I'm still working on that every day. I want to make good on that promise to my grandmother."

Harlem said he receives messages from fans every week thanking him for sharing his family photos and saying he's inspired them to connect with their own families. He said he often responds with his own parenting advice.

"This morning I received an email from a man in jail, and he said he feels ashamed of missing out on his children growing up. He asked for advice [on] how to reconnect," Harlem said. "I told him, 'You are not your past. If you are working hard at [parenting] every day... you can't leave them again. Be strong in that.'"

Today, Harlem said he feels an affinity with men who celebrate black beauty, in themselves and in their daughters. He sees style as a tool for empowerment and family bonding. "This morning my daughter said, 'Good morning, twin daddy.' She loves that my hair is as long as hers," he said. "She loves the bond that we share not only emotionally, but physically. We look alike."

Harlem promotes father-daughter relationships offline as well. His nonprofit, which is scheduled to launch its online presence next month, is already offering inspirational talks to orphanages and children's organizations in Los Angeles, like the Boys and Girls Club.

"My family is going out and spreading the message, 'Don't give up on yourself. Even if others give up on you...A great part of parenting is never giving up,'" Harlem said.