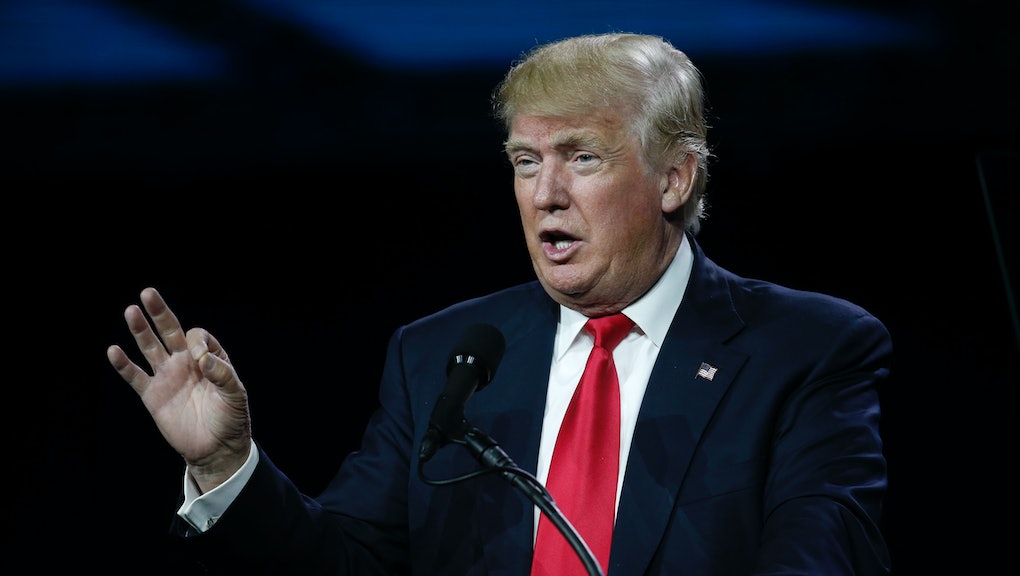 "Saddam Hussein was a bad guy, right?" Trump said to the audience at Raleigh Memorial Auditorium in Raleigh, North Carolina. "He was a bad guy, a really bad guy. But you know what he did well? He killed terrorists."

Further, Trump also referred to Iraq as "Harvard for terrorism."

This isn't the first time Trump has praised Saddam. As Daily Beast reporter Gideon Resnick noted on Twitter, Trump said in February, "But one thing about him: He killed terrorists. ... Saddam Hussein understood and he killed terrorists."

In addition to the terrorists Saddam killed "well," according to ABC News, there is no way to determine the exact number of deaths he directly or indirectly caused. Some estimates, however, range upward to 500,000 people.