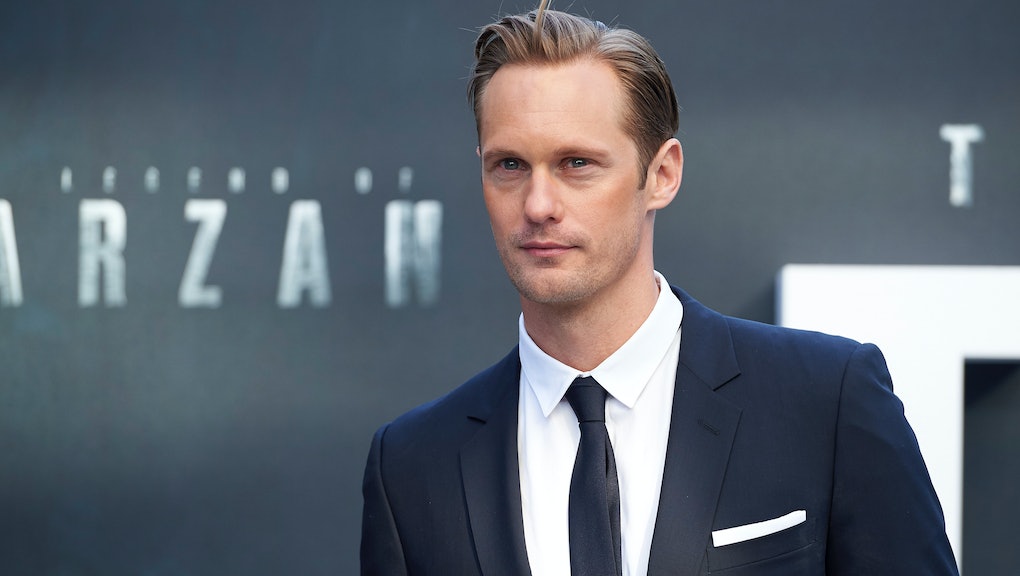 In August 2015, Alexander Skarsgard turned heads not for what he wasn't wearing (like this instance), but rather, what he was — the "was" being hair to toe drag.

Skarsgard debuted his drag self, appropriately named Lady Libido Lushbody, to attend the premiere of his film The Diary of a Teenage Girl. The reception was overwhelmingly positive, with many feeling as aroused by his female self as his male.

On Thursday night's Watch What Happens Live, host Andy Cohen answered a question from a viewer wondering a) if Skarsie kept in touch with his drag mother and b) what it would take to get him back in heels.

"I love that you did that," Cohen said, unconsciously diverting from allowing Skarsgard to answer the viewer's question. "So did I," Skarsgard responded, sounding especially Patrick Bateman-esque in his delivery.

What exactly did he love about it? "Everything. The transformation. The snug dress. The wig."

Asked why did it, his answer was simple, though pointed in that few straight Hollywood actors would willfully walk a red carpet for no other reason then "Well, why not?"

But his best argument in favor of why every man — gay, straight or bi — ought to try in drag came when he was explaining what got his 6-foot-4-inch frame into heels to begin with.

"It was for Diary of a Teenage Girl and our first [assistant director] on the movie was Cousin Wonderlette, this legendary San Francisco drag queen, and she was hosting the after party with her drag queen pals. It was so fun they were planning it and talking about the outfits and I was sitting there with my suit and I was like, 'This sucks, I want to dress up and go through that whole thing.' So I asked Cousin Wonderlette if I could join in and I could. I said I wanted to look like Farrah Fawcett. I didn't quite succeed, but I tried."

You know what they say, if at first you don't succeed... blah blah, just do drag again, please, Skarsie.