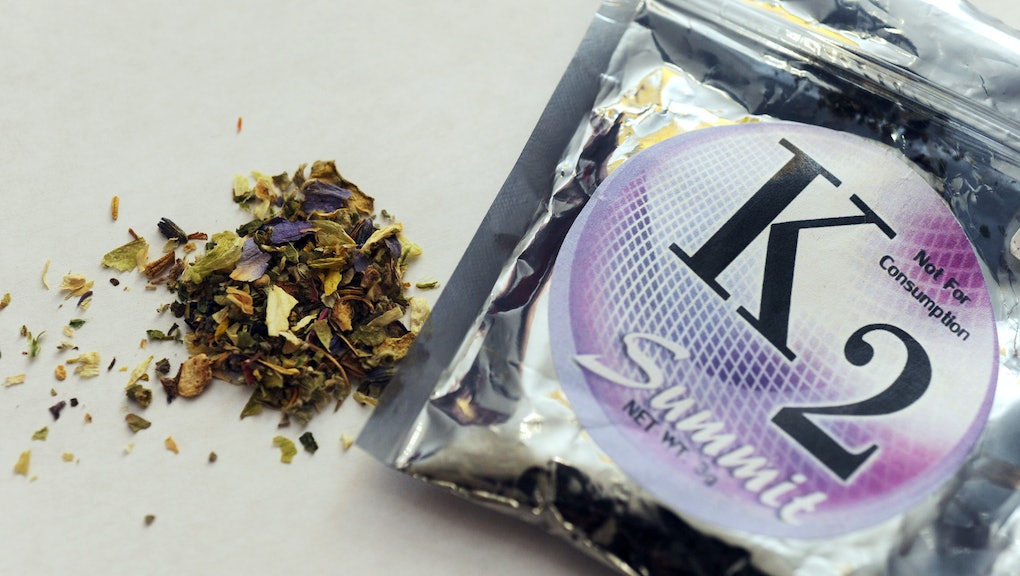 Here's What Synthetic Cannabis Is Really Doing to Your Brain

Synthetic cannabis products like "Kronic," "Spice" and "K2" are flooding the market, offering a cheaper (and legal) way to get high. The problem: They're disturbingly bad for you — way more hazardous than the real thing.

A new study from Tel Aviv University found that synthetic cannabis users — compared to users of regular cannabis — in psychiatric centers tended to be younger men, showed more severe psychotic symptoms, stayed hospitalized longer, had a previous record of being hospitalized and were more likely to be hospitalized by criminal court order.

The study looked at patients of mental health centers between October 2007 and May 2014 who self-reported using synthetic cannabis or had a positive urine test for marijuana when they were admitted to the hospital.

The study group was relatively small — 60 self-reported synthetic cannabis smokers, 163 non-synthetic users — but made a clear point: The man-made version of marijuana is a wrecking ball in your brain and could land you in psychiatric care.

But that shouldn't be shocking at all.

According to the Centers for Disease Control and Prevention, in the first half of 2015 alone, 15 people died in connection to synthetic cannabinoids, and poison control centers took 2,487 more calls regarding synthetic weed than in the first five months of the previous year. That's because, unlike the relative harmlessness of marijuana's psychoactive compound, THC, the perfectly legal synthetic version of marijuana is produced from lab chemicals with about the same amount of care and consideration as bath salts.

Even though the stuff won't kill you most of the time, the CDC reports it often results in agitation, an abnormally fast heart rate, drowsiness, vomiting and confusion. Pair those results with the ones found by Tel Aviv researchers, and you have a clear sense of K2's health risks.

The verdict: Stay the hell away from synthetic dope. Your brain, body and criminal record will thank you.