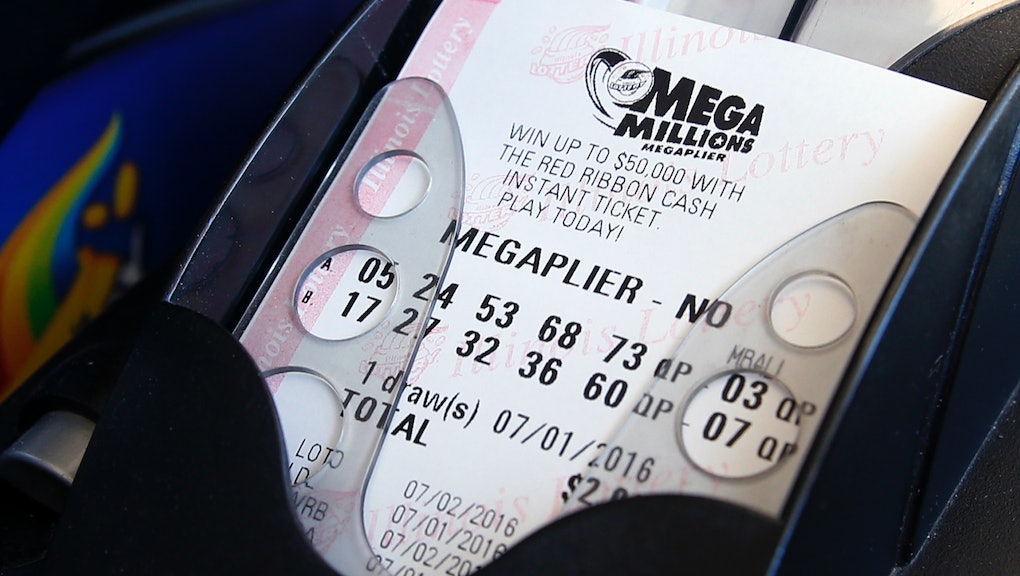 As of Wednesday morning, the Mega Millions prize had climbed to $508 million after 34 straight drawings without a winner, CNN reported. The jackpot is the seventh biggest in lottery history, according to CNN. In January, the country was consumed by lotto ever when the Powerball jackpot hit a record-breaking $1.3 billion.

This Mega Millions prize isn't quite that high (yet) but $508 million is nothing to sneeze at. Winners have the option of choosing payments in installments over 29 years or a slightly smaller lump sum all at once.

Mega Millions tickets cost $1 each and are available in 44 states and Washington, D.C. The next drawing is at 11 p.m. Eastern on Friday. Just a warning though, according to CNN, the odds of winning the Mega Millions jackpot are about 1 in 259 million, so don't start counting your chickens yet, folks.