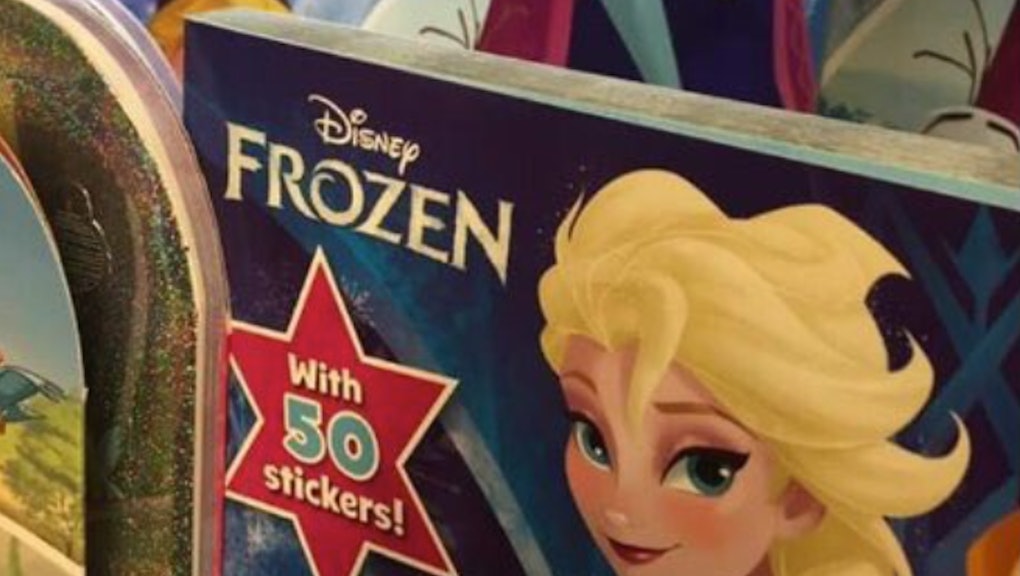 In his latest tactic of self-defense, GOP presidential candidate Donald Trump called out a Disney Frozen coloring book whose cover had a shape similar to the controversial and suspiciously anti-Semitic Star of David Hillary Clinton meme that he had tweeted out over the weekend.

"Where is the outrage for this Disney book?" his tweet said. "Is this the 'Star of David' also? Dishonest media!"

Clinton's own response stayed on-theme: "Do you want to build a strawman?" Strawman, like straw itself, is a flimsy argument that's just waiting to be refuted.

The meme that Trump and his campaign have been recently defending called Clinton the "Most Corrupt Candidate Ever!" atop the star, but it actually already existed on the internet: It was posted on an 8chan message board that is a haven for the alt-right, which consists of neo-Nazis, anti-Semites and white supremacists who are empowered by Trump's own ideals, Mic reported. Trump's team didn't credit the meme.

Before resorting to Frozen to defend himself, Trump said the "dishonest media" was just twisting a "Sheriff's Star, or plain star" into being the Star of David. Then he called the link between the meme and anti-Semitism "ridiculous."