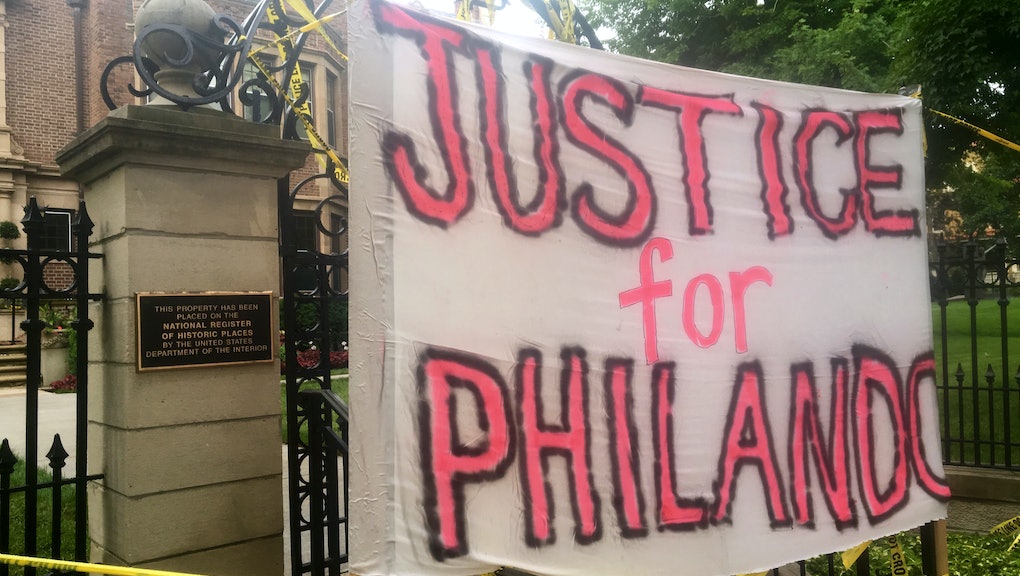 On Wednesday, Philando Castile became the 115th known black man this year to have died at the hands of on-duty police. One day earlier, Alton Sterling of Baton Rouge, Louisiana, had become No. 114. Outrage at tandem shootings is widespread, and according to writer and editor Ijeoma Oluo, unproductive.

In back-to-back tweet storms, Oluo detailed a frustrating reality that many white people angered by the situation frequently overlook. Black people keep dying at the hands of law enforcement because few of those with power are doing anything to prevent it. Sympathetic sentiment, she said, is not enough.

"I wish that white people understood — or cared — about the elaborate measures we go thru to try not [to] get killed by the police," Oluo began.

"Our blackness is all we need to be seen as a threat," Oluo continued. "These cops don't even know they're afraid, that they've been conditioned to view our actions as dangerous. To view our violence as [imminent]. They don't know until they've fired."

That's because of implicit bias, according to by a University of Colorado study: Shown images of armed and unarmed men of various races, people fire at armed black men more frequently and more quickly than they do at armed white men. They view black people as inherently more dangerous than white people.

Implicit bias isn't wiped out when an officer puts on a uniform. A police officer in Ohio reminded her white colleagues following Castile's death that uniform can offer a deadly outlet.

"If you're that officer that knows good and well you got a God complex and you're afraid of people that don't look like you, you have no business in that uniform," she said. "Take it off.

"The police are the armed wing of American consciousness."

"If one more white person tells me that they feel 'so helpless' to stop the murder of black people by cops I'm going to scream," Oluo wrote. "Fuck your helplessness. Fuck your sadness. Fuck your hands thrown up in the air bullshit sympathy. This is your fucking system. Fix it."

In 14 steps, Oluo laid out how angry people could fix it. Police reform, she said, must become embedded in the political conversation, locally and nationally. Politicians should not expect to be elected unless they're committed to changing the law enforcement system. It's up to their constituents to teach them this.

"Do this today, do this tomorrow, do this like your life depends on it," she wrote. "Ours actually does."