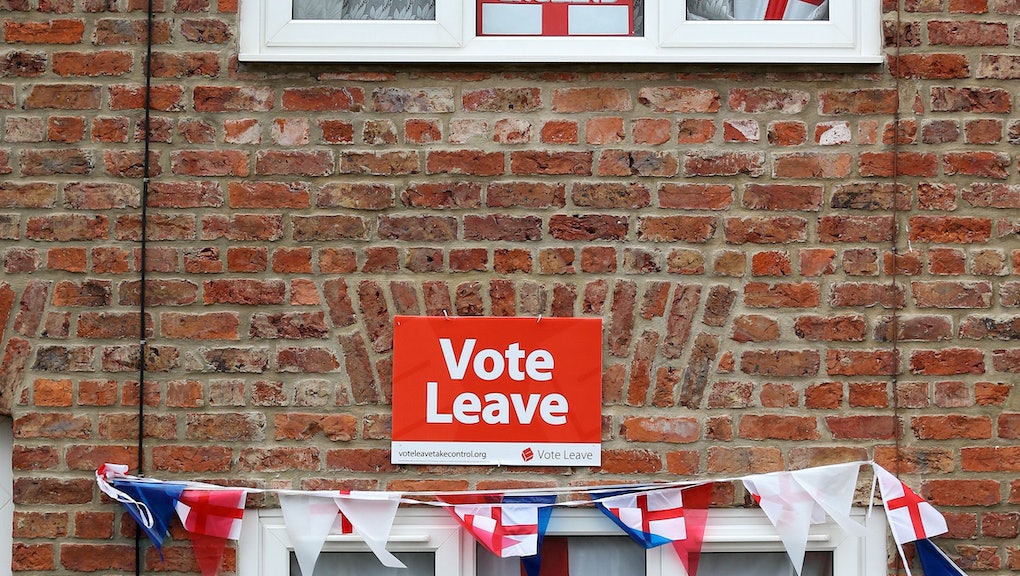 Episode 6 of Special Relationship, a Podcast From Mic and the Economist: Brexit Strategy

The United Kingdom is calculating its Brexit strategy — and the vote to leave the European Union has and will send shockwaves not only through Europe, but through the U.S. and its upcoming presidential election.

Episode six of "Special Relationship," the podcast from Mic and the Economist, tries to unravel what the U.K.'s decision might mean for both the nation's historic bond with the United States, and for the 2016 vote.

Robert Tuttle served as U.S. ambassador to the United Kingdom from 2005 to 2009, as an appointee of then-President George W. Bush.

Speaking from California, Tuttle shared his thoughts on how the international landscape will change — and his own surprising plans for casting his vote in November in the expected showdown between Democrat Hillary Clinton and Republican Donald Trump.

"I've voted Republican my entire life, but I will not be voting for Mr. Trump this fall. I'm going to be voting for Secretary Clinton," Tuttle said during the interview with Mic's Celeste Katz and John Prideaux of the Economist.

"But I just don't feel that Mr. Trump has the background or experience — and some of the things he's said I find very, very troubling, so this was a time [when] at least for me, I'm placing country ahead of party."

Economist columnist Jeremy Cliffe, an expert on the politics of Europe, joins the podcast conversation from Berlin and speaks about how young people will be affected by the Brexit vote — and the parallels between their political participation, or lack thereof, in the U.K. and U.S.

Subscribe to Special Relationship on iTunes, Google Play or wherever you listen to podcasts. Please rate and leave a review, and stay tuned for our seventh episode.