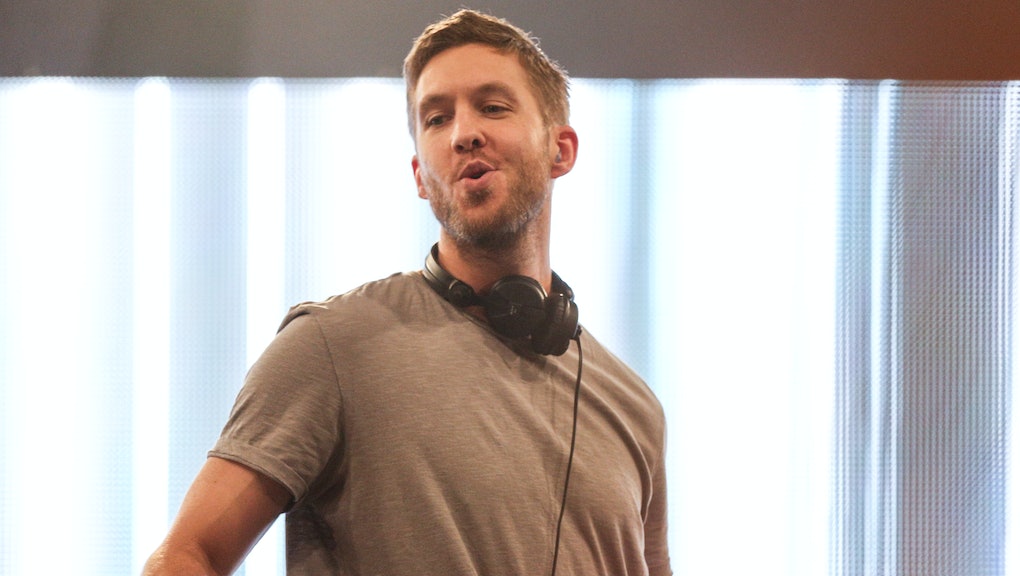 It's the question on everyone's minds: Is Calvin Harris over his breakup with Taylor Swift yet? Or he is still under it?

His mystifying behavior in the past few weeks — from the un-following (and re-following) of Swift to the wearing of Yeezys at the gym — has made it difficult to definitively answer this question.

And now, another mysterious clue: a song he co-wrote for singer John Newman called "Olé."

"Low-key, you won't tell your friend about me," Newman sings on the track.

"I ain't seen you or been with you for weeks," he continues.

"But I see online that you've begun to be a good girl and take trips with your boyfriend."

One doesn't need much of an imagination to connect these lyrics to the globe-trotting Hiddleswift, but there is a lack of consensus as to the real story behind the song. While TMZ has reported that the song is definitely a Hiddleswiftian lament, Us Weekly's sources claim that the song was written well before the breakup.

So yet again, we are left asking ourselves: Is he over it or is he under it? Only Calvin Harris knows for sure.