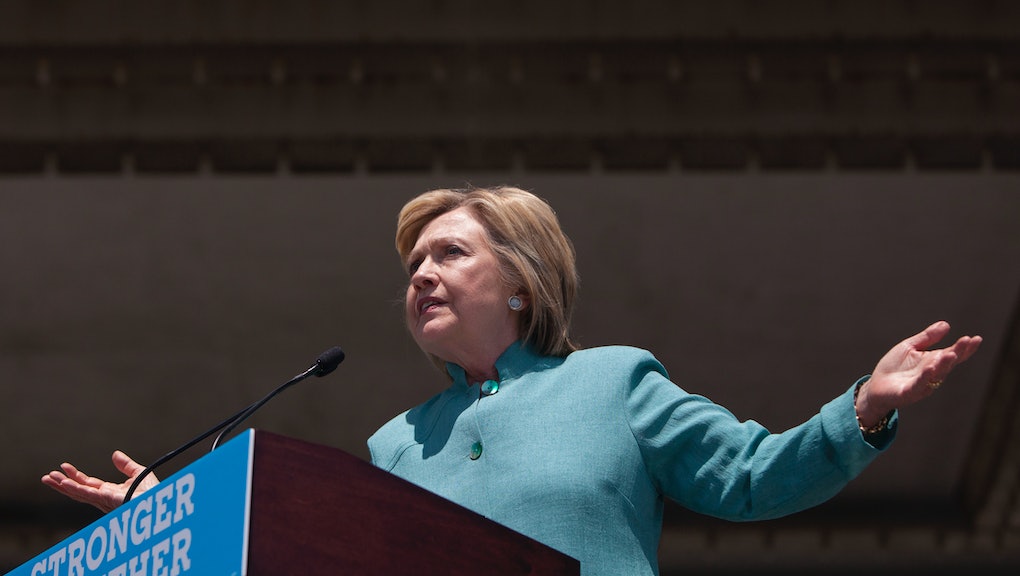 "Something is profoundly wrong when so many Americans have reason to believe that our country doesn't consider them as precious as others because of the color of their skin," her statement read.

Clinton emphasized the importance of rebuilding trust between law enforcement and "the communities they serve."

"That begins with common sense reforms like ending racial profiling, providing better training on de-escalation and implicit bias, and supporting municipalities that refer the investigation and prosecution of police-involved deaths to independent bodies," she wrote.

"Progress is possible if we stand together and never waver in our fight to secure the future that every American deserves."

Clinton doubled down on her support of BLM Wednesday after another black man, Philando Castile, was shot and killed by police during a traffic stop in a suburb of St. Paul, Minnesota.

Clinton previously came out in support of BLM last July when speaking to a crowd in South Carolina. "It is essential that we all stand up and say loudly and clearly, 'Yes, black lives matter,'" she said.