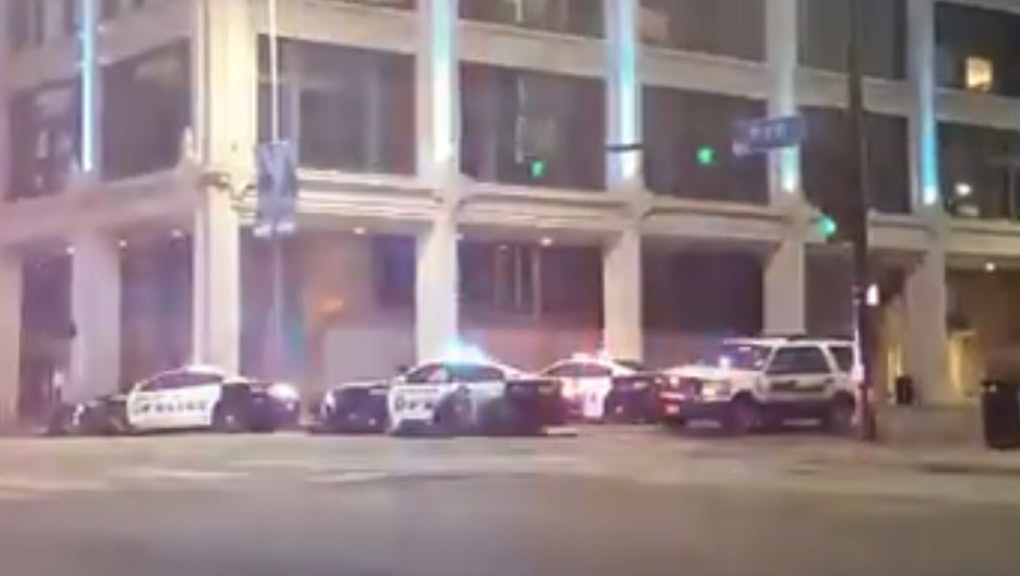 In the graphic video, posted by Michael Kevin Bautista, dozens of shots can be heard amid the blare of police sirens. Officers can be seen hiding behind their squad cars for cover, at least one of whom appears to be injured.

"There's an officer down," Bautista can be heard saying in the video." They're moving in on somebody. I think they might have got somebody."

Images from earlier in the protest that surfaced on Twitter showed a peaceful scene, with police officers posing for pictures alongside protesters.