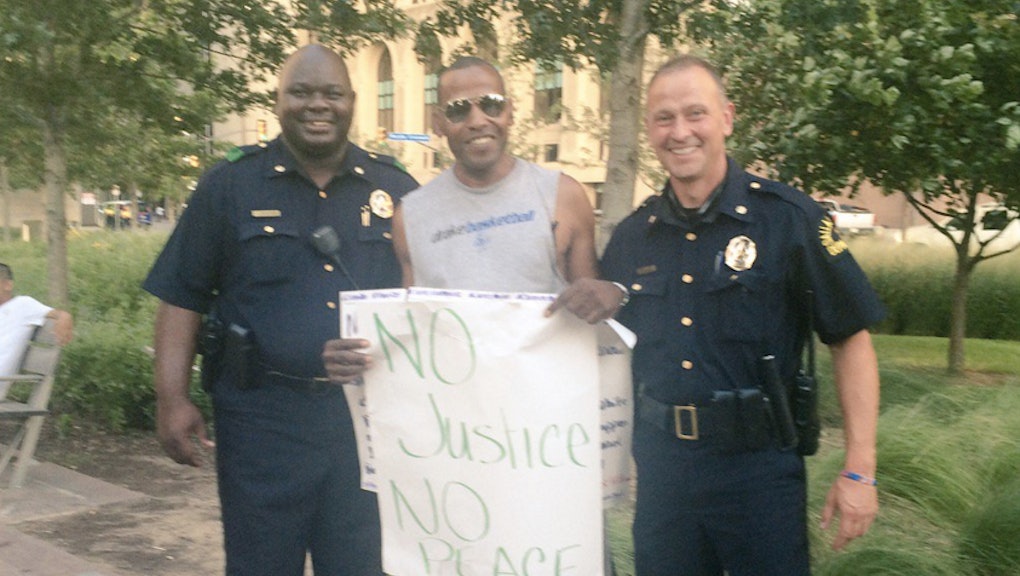 On Thursday night, 12 police officers were shot and five killed after a #BlackLivesMatter protest in Dallas. 2 civilians were also shot.

Some on the internet are jumping to blame protesters, though the event was well-documented as peaceful in nature. It was so peaceful, in fact, that police officers were posing for smiling photos with protesters.

People tweeting from the #BlackLivesMatter event said the gunfire began as the protest was winding down.

Unfortunately, people were quick to blame the protesters for the shootings, despite reports that the shooting was carried out by snipers separate from the protest.