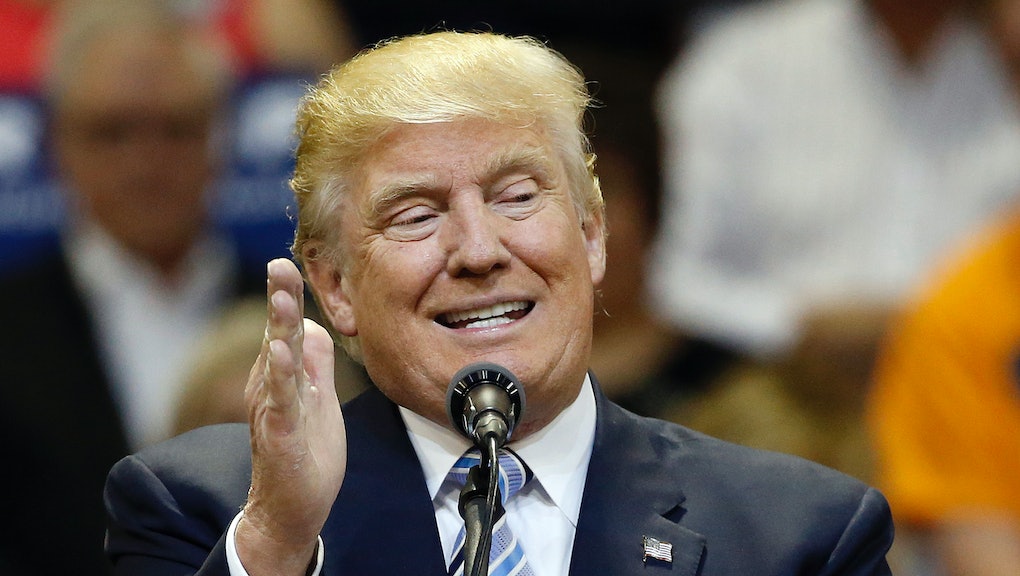 Donald Trump issued his "prayers and condolences" on Friday following the deadly shooting of police in Dallas, in which 12 officers were shot and five killed in the deadliest day for police officers since 9/11.

Trump's response was unusually restrained for the presumptive Republican presidential nominee, who in the past has responded to attacks with self-congratulatory statements and exclamation points.

"Our nation has become too divided. Too many Americans feel like they've lost hope. Crime is harming too many citizens. Racial tensions have gotten worse, not better. This isn't the American Dream we all want for our children," Trump said in a statement Friday morning.

In his statement, Trump mentioned both the shootings in Dallas, as well as the two black men killed by police officers earlier this week.

He did not mention the two men — Alton Sterling in Louisiana and Philandro Castile in Minnesota — by name, but called their deaths "senseless" and tragic," and said it was a reminder that "much more needs to be done."

Sterling and Castile's death sparked Black Lives Matter protests across the country, including the one in Dallas where the police officers were killed.

On Thursday, she responded to the deaths of Sterling and Castile, saying, "Too many African American families are mourning. Too many young black men and women have been taken from us."