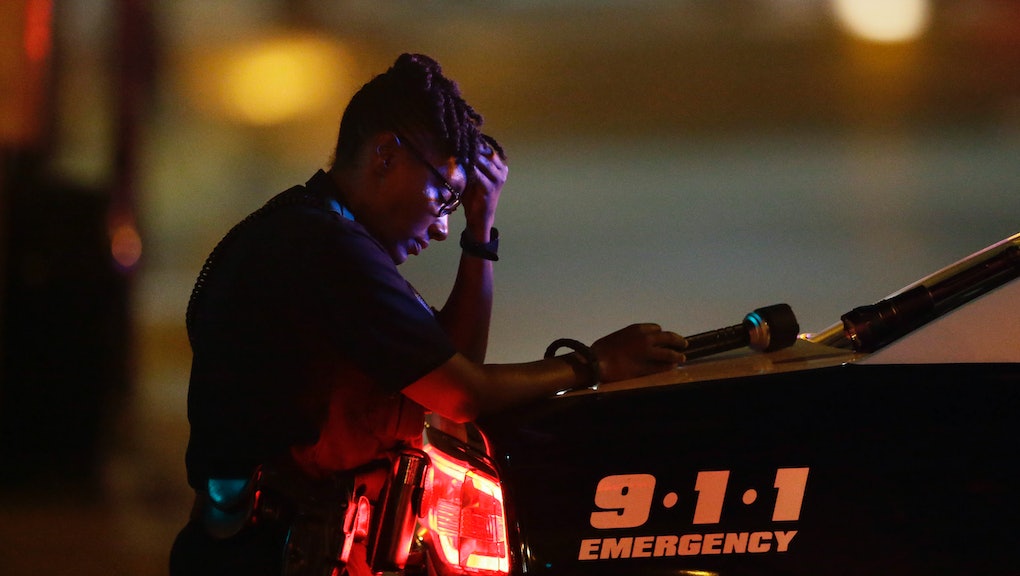 On Friday morning, Dallas Mayor Mike Rawlings confirmed the death of the suspect who had been engaged in a standoff with the police.

Of the 14 people shot Thursday night, 10 were hit by snipers in "elevated positions." The event marks the deadliest day for law enforcement in the United States since 9/11.

While the identities of the shooters haven't yet been publicly announced, the Dallas Police Department says it has three suspects in custody. The protest happening when the shooting began was in response to the shooting of two black men, Alton Sterling and Philando Castile, earlier this week.