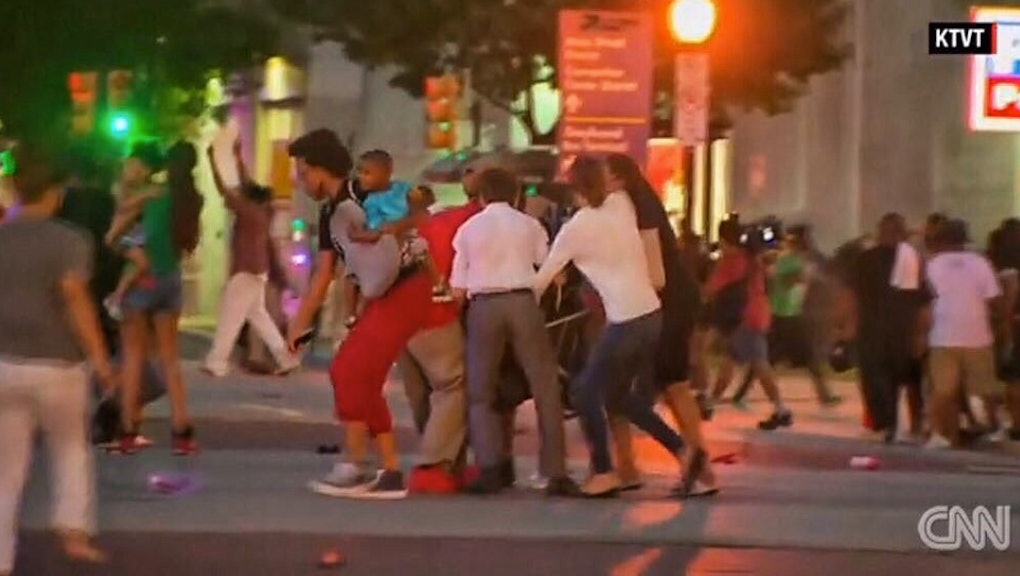 On Thursday night, gunfire erupted in Dallas when an armed sniper shot two civilians and 12 police officers at an otherwise peaceful Black Lives Matter protest. Seven officers were wounded and five have been confirmed dead.

Amidst the chaos of carnage, early Friday morning one photo surfaced showing how humanity still prevailed. In the photo, which is a screenshot of a CNN broadcast, people of multiple races are seen rushing to carry a baby stroller to safety once the initial gunfire broke out.

One Twitter user called the photo proof of "the worst of humanity and the best of humanity all in one place last night." Another noted that how "regardless of race — humanity will always prevail."

The protest itself was a reaction to the deaths of Alton Sterling and Philando Castile, which occurred on Tuesday and Wednesday. Both Sterling and Castile were not violent when they were shot to death by police. Their deaths have sparked national outrage concerning racially charged police violence.

The rally was nonviolent in nature, and police officers had been posing with the protestors. It broke into chaos when gunfire began raining down from snipers in "elevated positions." It was the deadliest day for law enforcement since 9/11.