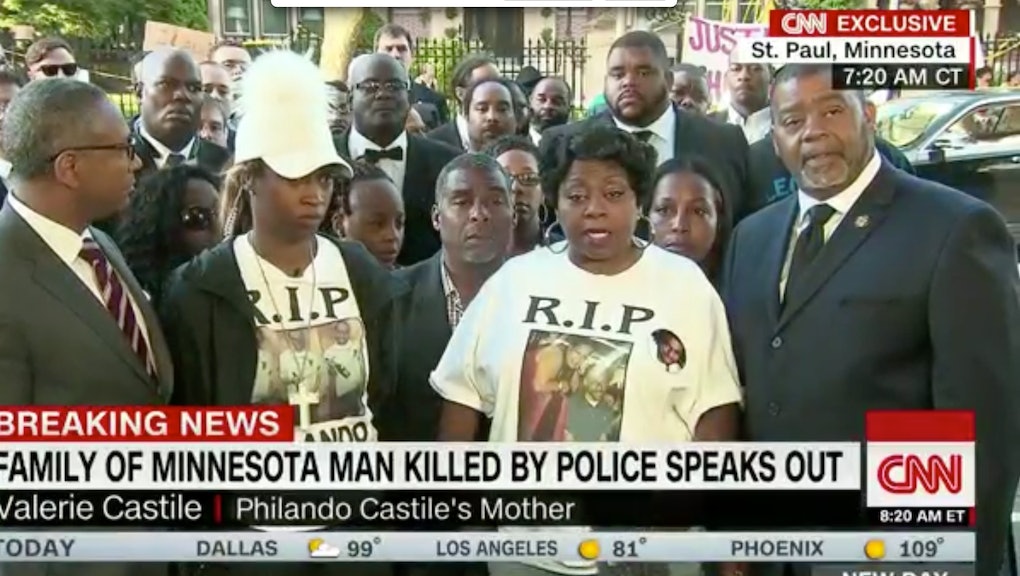 Valerie Castile — the grieving mother of Philando Castile, who was shot and killed by a police officer Wednesday during a traffic stop in Minnesota — fielded a question from CNN reporter Chris Cuomo Friday morning about the shooting of several police officers by a sniper in Dallas the previous night.

Her response? She hadn't yet heard about it — because her son was killed less than 48 hours before.

"I don't know anything about what happened in Dallas," Castile responded, audibly upset. "My son died just the other day and I haven't had sleep in almost 48 hours. So no, I haven't been watching any television, so I can't answer that."

CNN tweeted out footage of the exchange, and Twitter users quickly pounced on the network for asking the grieving mother about the Dallas shootings.

The consensus seemed to be that Cuomo overstepped his boundaries by trying to politicize a black mother's grief by asking her to take a stand on the Dallas shooting. It's clear from her testimony that the only death she can handle right now is that of her son.