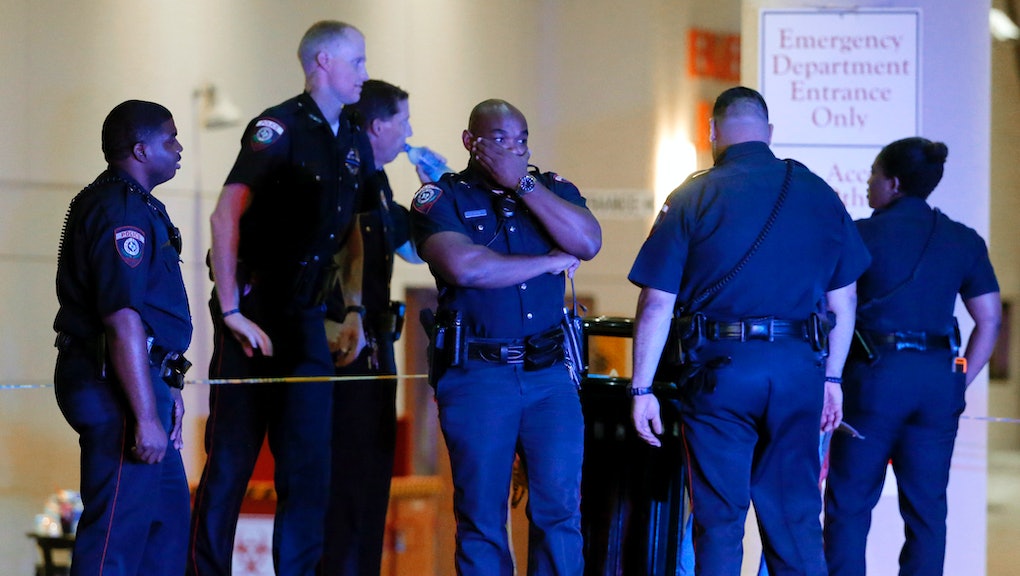 After the city of Dallas was rocked by an attack on police during what had been a peaceful Black Lives Matter protest on Thursday, Dallas police officers lined up outside Parkland Hospital to stand and salute as the bodies of their slain colleagues were moved, Reuters reported. The photos of their silent vigil were shared far and wide as the news of Thursday's deadly attack spread.

Four Dallas police officers and one Dallas Area Rapid Transit officer were killed when at least one sniper, and potentially more, opened fire on the crowd at the protest on Thursday evening. Three suspects were taken into custody and one was killed by a bomb-carrying robot after an extended stand-off with police.

In a press conference on Friday morning, Dallas Police Chief David Brown spoke to the grief felt by the entire police force. "We're hurting ... Our profession is hurting. Dallas officers are hurting. We are heartbroken."