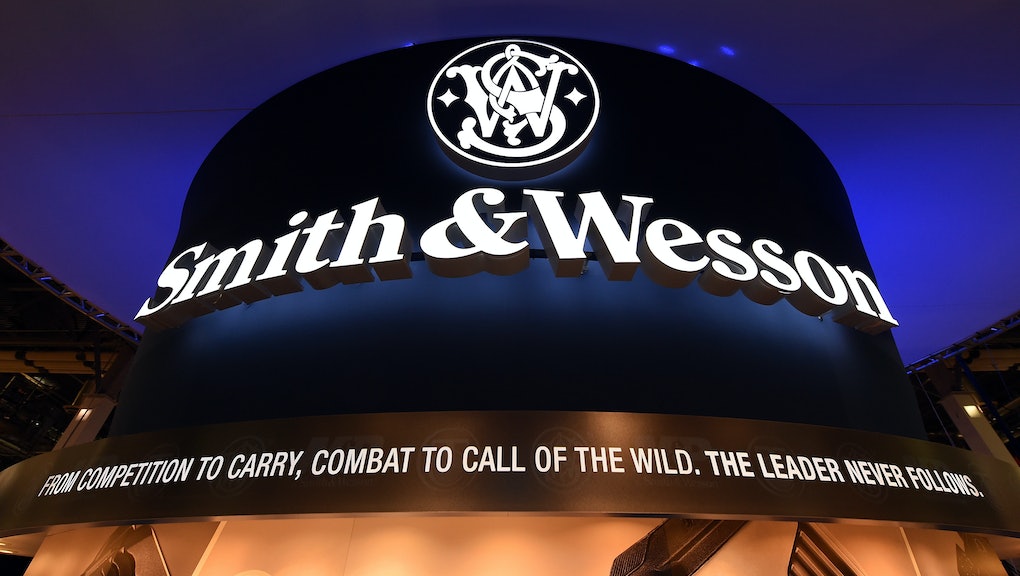 The morning after a mass shooting in downtown Dallas, shares in gunmaker Smith & Wesson hovered close to $30, nearing the company's highest stock price since it was first publicly traded in 2002.

Deadly shootings have historically preceded jumps in share price for the nation's largest gun manufacturer — as well as for its competitors.

A leading explanation for this type of market reaction is that shootings boost demand for guns. Indeed, FBI data shows that the number of background checks performed on gun buyers — the best measure currently available to estimate U.S. firearm sales — also tends to spike after mass shootings.

Of course, many other forces drive gun sales as well. One of those factors is the election of Democrats like President Barack Obama, who made gun control a central pillar in his 2012 campaign — and whose re-election preceded a historic jump in background checks (a sign that people may have started stockpiling guns).

One question is whether this trend will continue if presumptive Democratic nominee Hillary Clinton wins in the general election this fall. Clinton has also touted gun control as a top priority in her platform.

Though you might not own shares in Smith & Wesson, there's a good chance you invest in Wal-Mart, the largest seller of guns in the United States — at least if you have a standard 401(k) workplace retirement account. Most plans include at least one core S&P 500 fund, which holds the 500 largest U.S. stocks, including the retail giant.