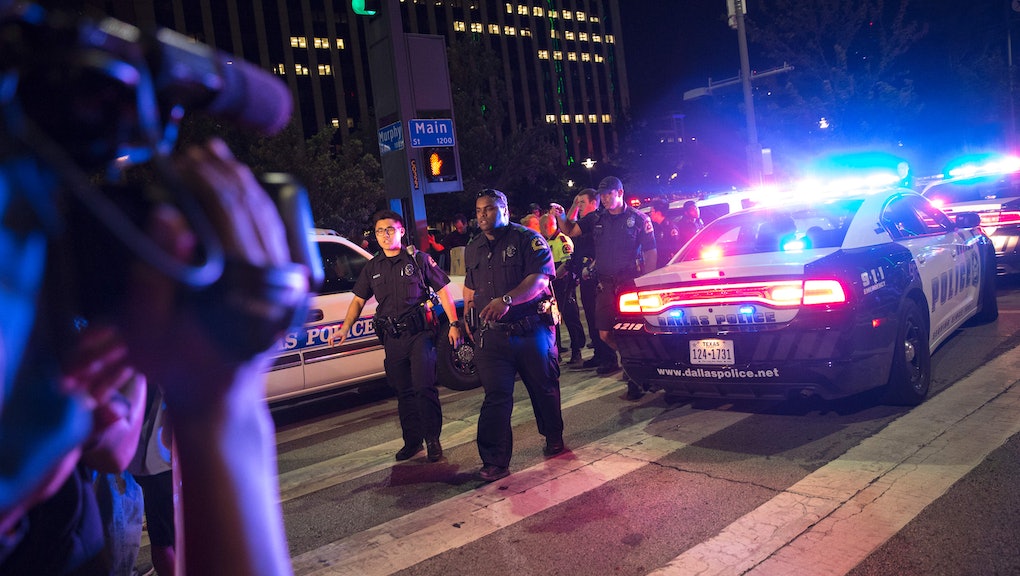 The Los Angeles Times identified the Dallas shooting suspect as 25-year-old Dallas-area resident Micah X. Johnson, according to information given to them by law enforcement sources.

The Associated Press reported the same name soon after.

Johnson was reportedly killed by a police robot after an hourslong stand-off with Dallas police that stretched into Friday morning, the Los Angeles Times reported. An unnamed official told the newspaper that Johnson "had no known criminal history or ties to terror groups."

A spokesperson for the Dallas Police Department told Mic on Friday he could neither confirm nor deny reports that the suspect's name is Micah Johnson.

The suspect also reportedly told police he was acting alone and was not affiliated with any groups or organizations.

An SUV belonging to Delphene Johnson was found at the scene, according to NBC DFW. Mic traced her name to Facebook and found these photos of "her first born Micah."

These photos were all uploaded to Delphene Johnson's Facebook on October 10, 2010.