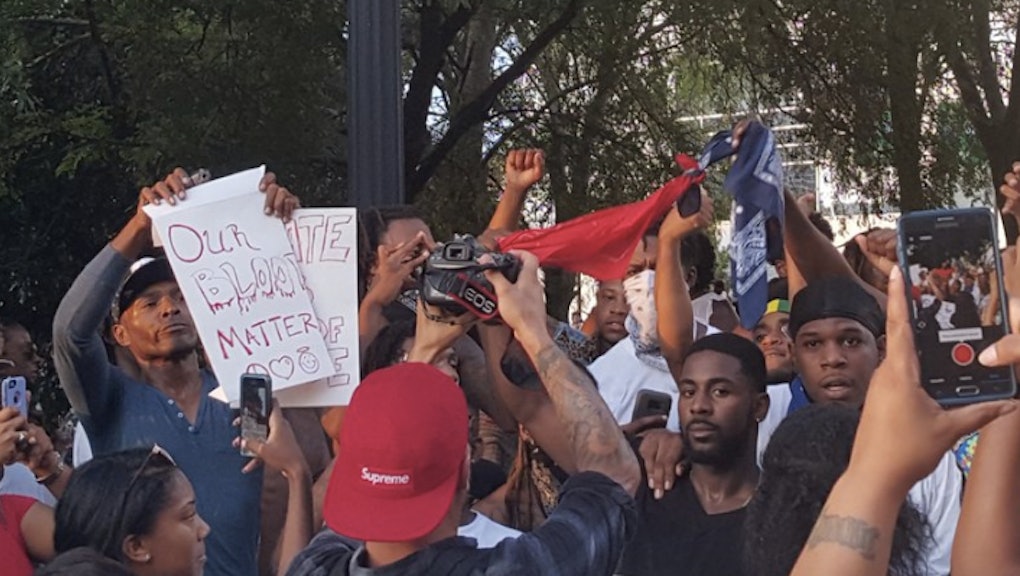 Incredible images from Friday night's Black Lives Matter protest in Atlanta show members of the Crips and the Bloods — rival gangs with a history of over 50 years of violence and bloodshed — tying their flags together in a display of unity.

Twitter photos show the gang members tying their infamous red and blue bandanas in a knot as a sign of solidarity with the cause for the protests: the demand for justice for the deaths of Alton Sterling and Philando Castile, who this week respectively became the assumed 114th and 115th black men killed by police this year.

Aerial photos also show a massive group of demonstrators headed for a major highway, blocked by a row of police officers and squad cars. By as late as 10 p.m., the New York Times reported, hundreds of marchers still remained.

In addition to making history Friday night, the Atlanta protesters raised a challenge to the rest of the nation: stand together, no matter the circumstances, or stand aside.