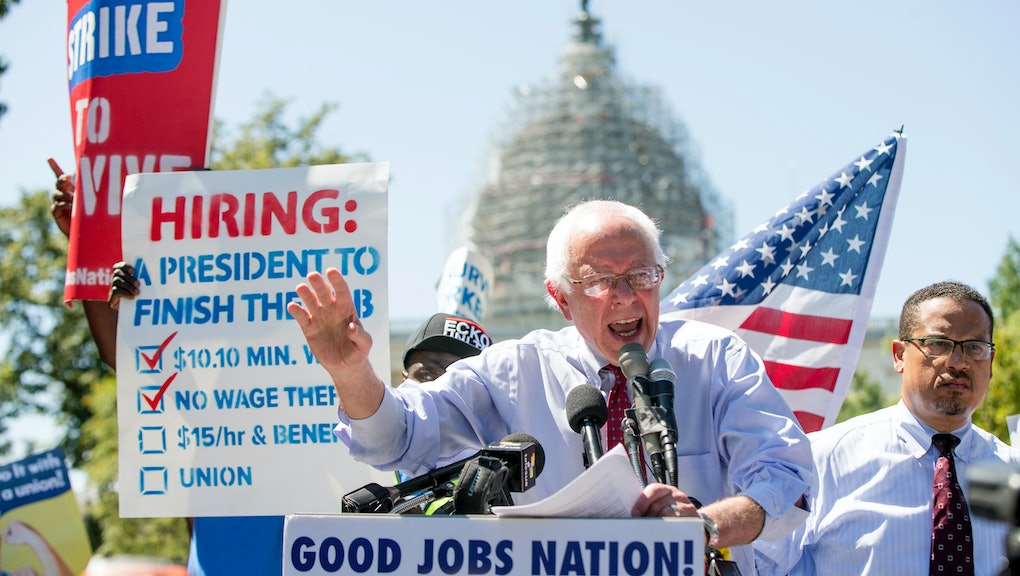 Democrats have added a $15 federal minimum wage to their party platform this year, saying the change should take place "over time" but committing the party to a more concrete policy proposal than prior language calling a $15 minimum an ideal, CNN reported on Saturday.

The updated platform came about at the Democratic National Committee meeting in Orlando, Florida, and represents a symbolic victory for Sen. Bernie Sanders, who has ardently called for the party to explicitly call for a $15 federal minimum wage. While presumptive nominee Hillary Clinton has supported local efforts to raise the minimum to $15, she has only endorsed a $12 minimum on the federal level.

"Raising the federal minimum wage sets the moral standard in this country that we as Democrats affirm over and over again that ensuring that we don't leave a sister or a brother behind is how we roll," former Ohio state Sen. Nina Turner, who is a member of the DNC platform meeting group, told CNN. "Raising the federal minimum wage is the beginning of creating an America as good as it's promise."

However, Clinton supporters defeated two Sanders-camp proposals to expand Social Security, according to the Hill.

The states of California and New York recently passed legislation raising their minimum wages to $15 an hour over several years.