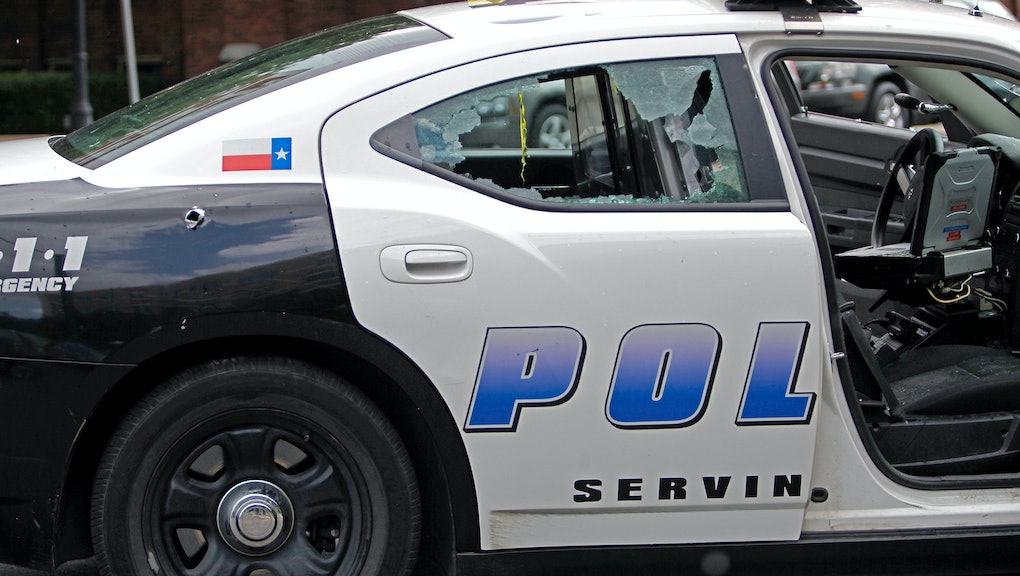 Molly Suzanna used her Facebook to share a story that she had never told before with all of her friends: when she was 19, she ran a red light while crying, then was pulled over and forcefully removed and beaten by a police officer.

"He bounced my head off the side of the car when he was putting me in, all while laughing," she wrote. "He called for backup and none of the other officers would touch me. One even said, on camera, 'This is wrong, man. She ran a red light.'" Suzanna described having most of her clothes ripped and her high heel being broken.

Suzanna claims she was charged with resisting arrest.

Suzanna then recounted her night in jail, which included being strapped to a chair for five hours. She also said that, after they released her, she was charged with possessing marijuana.

"How do you hide a joint from an officer while cuffed with a broken wrist and get it underneath the bolted in backseat of a cop car?" Suzanna wrote. "You don't."

Suzanna also shared the experience of being exonerated in court.

"During the trial they 'lost' my videos," she wrote about the footage of her being arrested and being held. "My attorney threatened the city with a lawsuit. The tapes magically appeared. My jury came back in four minutes with a not guilty verdict."

She added, "During my trial, my attorney asked [the arresting officer] if he kicked me in the ribs repeatedly while I was already cuffed. He laughed and said, 'Yes.' My attorney asked, 'Do you think this is funny?' He said, 'I do.'

Suzanna said she never told this story until now, but decided to share it after the deaths of Alton Sterling and Philando Castile for one reason: to discuss white privilege.

"If I were a black man, I would be dead," she wrote. "Plain and simple. Pretty white girls don't get shot during wrongful arrests. Not any that I know of, and certainly not me. You can't deny white privilege and what it affords you. To deny it is to acknowledge it exists, that you are privy to it. You don't see it because it exists for you."

She ends her post by asking, "How do we protect our brothers and sisters of color? What can we do? We need to move. We need to make something happen. This is unacceptable."

Suzanna has not yet responded to a request for comment.