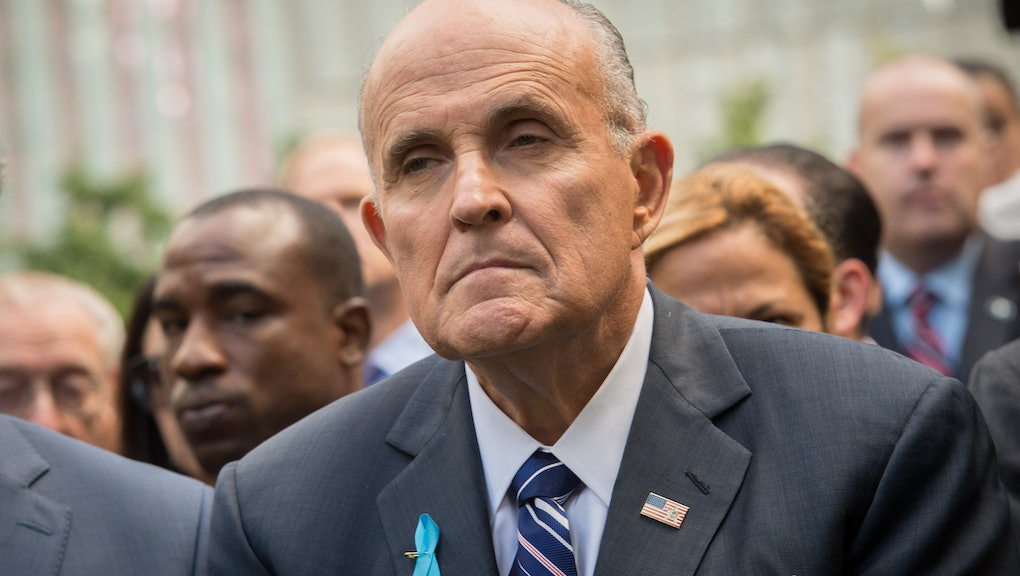 Sterling and Castile were the 114th and 115th known black men killed by police in 2016. But if you ask former New York City Mayor Rudy Giuliani, police aren't the "real danger" to young black men — other black people are.

"If you want to deal with this on the black side, you've got to teach your children to be respectful to the police and you've got to teach your children that the real danger to them is not the police, the real danger to them 99 out of 100 times, 9,900 out of 1,000 times are other black kids who are going to kill them," Giuliani said on CBS' Face the Nation. "That's the way they're going to die."

He's made these claims before. Giuliani and other conservative politicians have peddled myths about black-on-black violence before — but they're totally wrong.

In November, 2014, Giuliani appeared on NBC's Meet the Press to discuss the impending grand jury decision on whether to indict Darren Wilson, the police officer who shot and killed Michael Brown in Ferguson, Missouri. "I find it very disappointing that you're not discussing the fact that 93% of blacks in America are killed by other blacks," Giuliani said on the show.

But Giuliani's black-on-black violence statistics, like Trump's, are meaningless. As the Post pointed out, Giuliani's numbers were completely taken out of context.

The conclusion isn't that black people kill each other in unusually high numbers — it's that most homicide victims are killed by people of the same race.

And as people on Twitter point out, citing "black-on-black violence" does nothing to erase police brutality and the fear it inspires. They're two different, un-related issues.