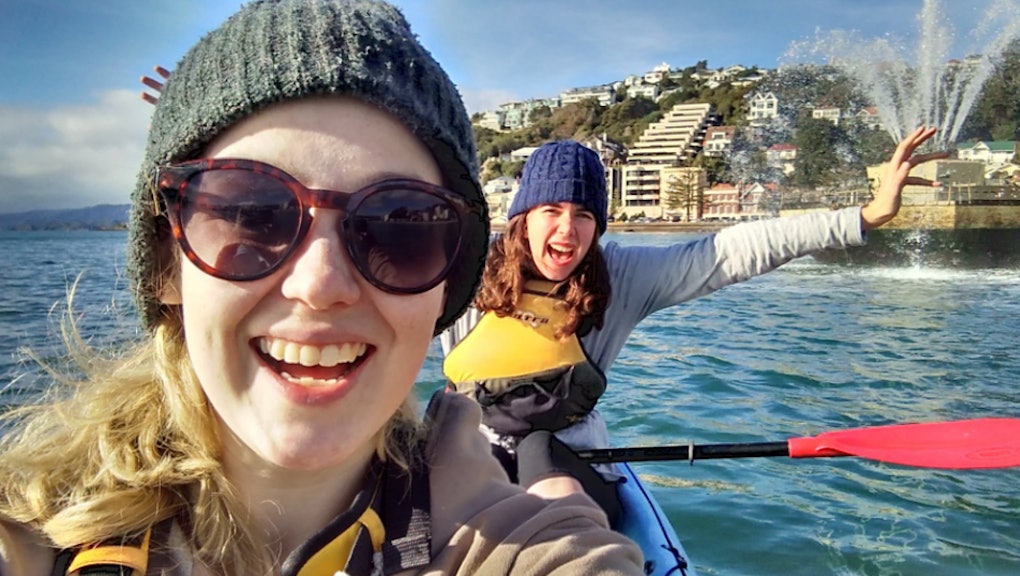 It already seems there are no lengths Pokémon Go players won't go if it means capturing an elusive Pokémon — even if that means accidentally discovering a dead body along the way. Perhaps it's unsurprising, then, that some astute players are willing to catch 'em all in the ocean.

In Wellington, New Zealand, there's a gym located by a fountain. The problem? That fountain is in the middle of Wellington Harbour, as noted by one Twitter user who lives in the area.

But that didn't stop two dedicated players from taking a kayak out to the fountain to try and take control of the gym.

The players, Kelsey Thomson and Lizzy Eden, told Mashable Australia that they rented the kayak from another Pokémon Go player, who was on Team Yellow (they're Team Blue, a budding rivalry). So even after all that hard work to take the gym, it's already been reclaimed.

"Team Yellow has a boat," Thomson said. "One of them owns a boat, so that's not fair."

Still, the mobile game is proving that nothing's going to stop its players from becoming a city's Pokémon master, one evasive gym at a time. Or, in the case of Thomson and Eden, maybe at least they'll get a Gyarados for their efforts.