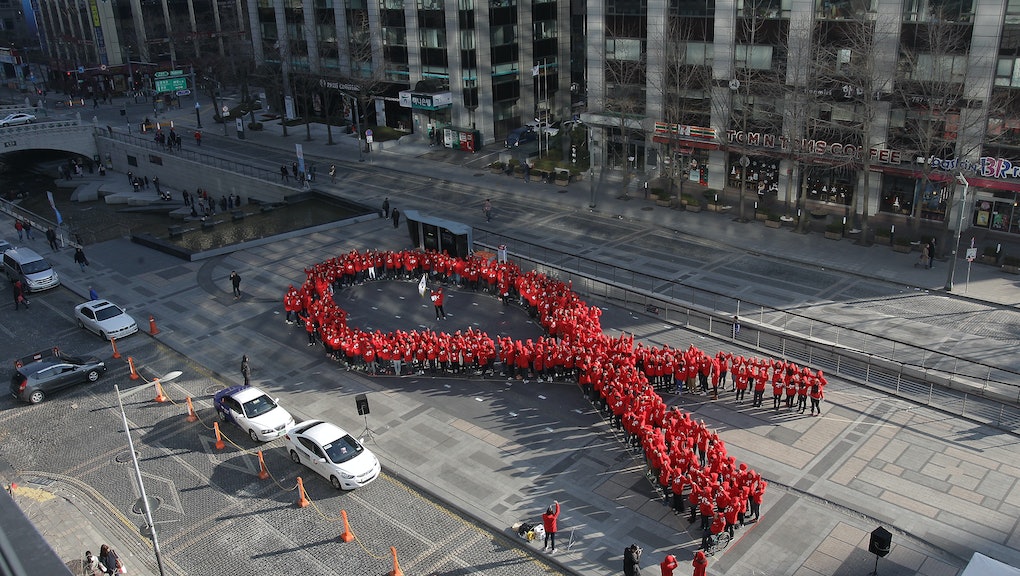 Australia Announces End of AIDS Epidemic, But HIV Rates Have Been On the Rise

Australian scientists and a government-backed organization declared on Monday AIDS is not a public health issue in the country anymore, Reuters reported.

"AIDS is over in the way we knew it," Australian Federation of AIDS Organizations CEO Darryl O'Donnell said, according to the Sydney Morning Herald.

The success is from a combined effort of effective treatments that stop HIV from developing into AIDS — namely, antiretroviral therapy — and various awareness campaigns, Reuters reported. Free, accessible testing provided by the Australian health care system has been significant in helping people detect HIV and seek treatment.

"Our treatments are so good that most people recover," Andrew Grulich, head of the HIV epidemiology and prevention program at the Kirby Institute, said, according to the Sydney Morning Herald. "You get tested early, you get good treatment and people can lead a pretty normal life."

It's a huge improvement from the 1990s, when AIDS contributed to the deaths of about 1,000 Australians each year, the Australian Broadcasting Corporation reported.

"The wards were full of people dying, and there were problems with people even delivering food to them — they were pushing food into people's rooms with the ends of broomsticks — it was a scary time," Lloyd Grosse, who was diagnosed with HIV three decades ago and told he would only live for three years, told the ABC.

"The only cases we see of AIDS these days are people undiagnosed with HIV and so they can't be treated," Grulich said, according to the ABC.

But there's still a major problem. The number of new AIDS diagnoses has become so small it's no longer reported, according to Reuters. Meanwhile, the number of HIV diagnoses has risen by 13% in the last decade, the Sydney Morning Herald reported. In the same time period, the practice of unsafe sex has also risen.

"When you don't have the ever-present threat of a deadly disease hanging over you, as was the case for gay men in the early '90s, then of course behavior will change," Grulich told the Sydney Morning Herald.

How we can prevent new HIV diagnoses: Although there's no vaccine for HIV, there are plenty of effective ways to prevent the spread of HIV, such as using condoms and getting tested. Preventing HIV also means expanding access to pre-exposure prophylaxis, or PrEP — a daily pill that protects HIV-negative people from becoming infected with HIV.

According to advocacy organization Queensland Positive People, the PrEP pill called Truvada has yet to be licensed for use in Australia, but a generic brand can be purchased out-of-pocket.