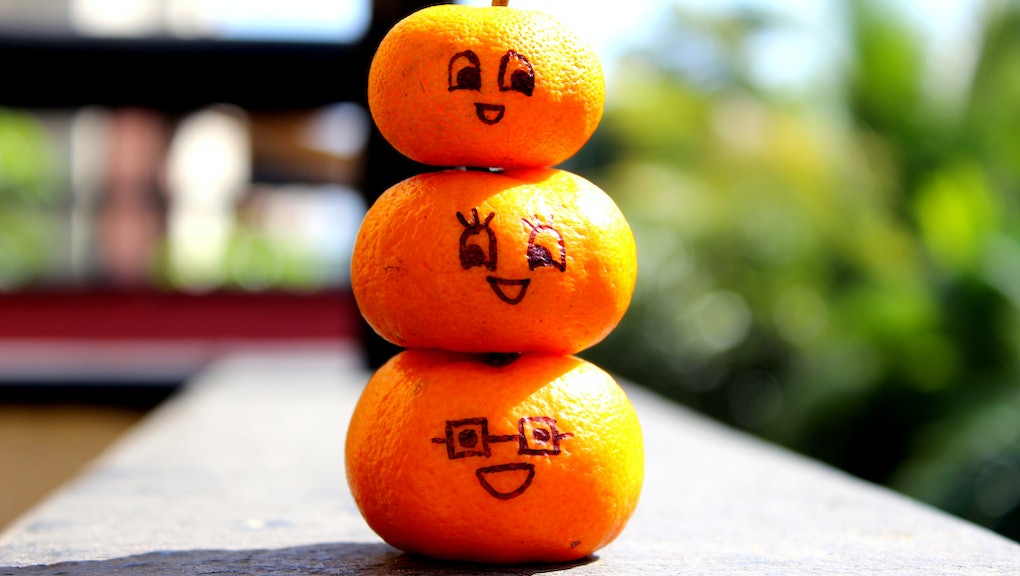 Eating More Fruit and Vegetables Will Boost Your Happiness, According to Science

Feeling down in the dumps? Research reveals you may want to hit the produce aisle instead of a local watering hole for a pick-me-up.

The study: Researchers examined food diaries from 12,385 randomly selected participants in Australia. This data was compared to the participants' psychological wellbeing. All data came from longitudinal studies of Australian adults in 2007, 2009 and 2013.

The results: After controlling for various factors like income and personal circumstances, researchers found each extra portion of fruits and vegetables (for up to eight portions) made participants incrementally happier within 24 months. People who went from no fruit and vegetable consumption to eight portions of fruits and vegetables per day experienced an exponential increase in happiness and life satisfaction. This increase in happiness is considered equivalent to "moving from unemployment to employment," according to a press release from the University of Warwick.

How many veggies does one need to eat to psychologically overcome romantic heartbreak, senseless killings, systemic sexism and racism, or, you know, spilling a $4 coffee? The study did not address these topics.

"Eating fruit and vegetables apparently boosts our happiness far more quickly than it improves human health," Professor Andrew Oswald said in a statement. The study authors noted that many of physical benefits of eating vegetables (for example, preventing chronic diseases) manifests after many decades, but the present study might convince consumers to load up on produce for the short-term benefits.

The bottom line: If you aren't eating multiple servings of fruits and vegetables daily, you probably aren't making the most of your potential for happiness. Other research shows that foods like soda, deli meats and processed snacks can actually put you in a bad mood, so next time hunger hits, it might be wise to choose the carrot sticks over that slice of carrot cake.