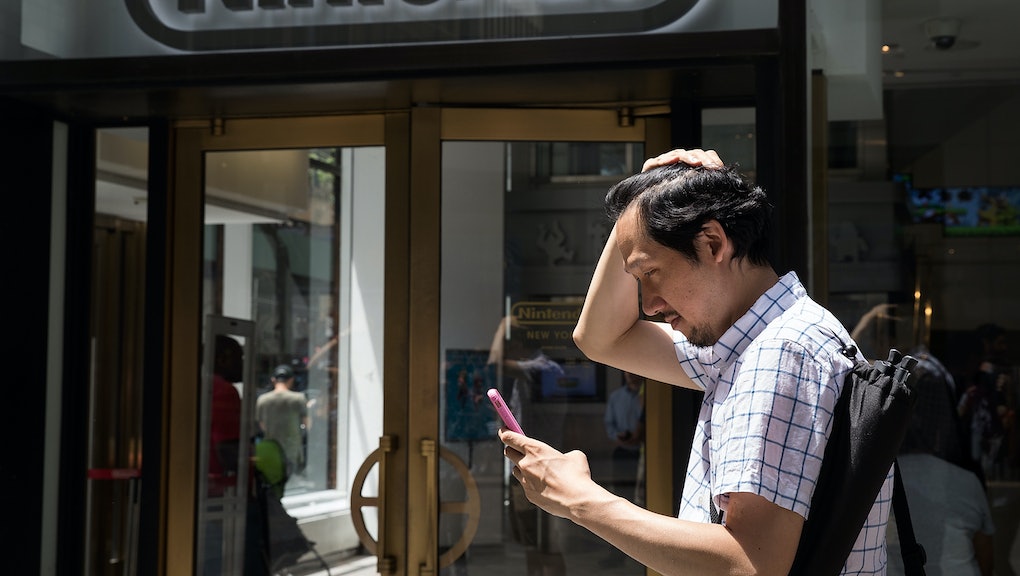 'Pokémon Go': A Noob's Guide to Getting Started

There's a plague sweeping the nation, and it won't stop until it has claimed each and every one of us — is it Zika virus? No, no it's not. It's Pokémon Go, the augmented reality mobile game that allows players to find and catch Pokémon in real places.

After debuting earlier this month, Pokémon Go has officially become a full-on phenomenon — but if you're late to the game, here are some questions you may need answered in order to get started on the road to Poké-greatness.

How do I find and catch Pokémon?

One of the first steps in Pokémon Go (after creating your avatar, of course) is getting your starter Pokémon. New players must go speak with the Professor, who will offer three starter Pokémon: Squirtle, Bulbasaur and Charmander.

After you've gotten your starter Pokémon and your Poké Balls, you're ready to go start catching new Pokémon! In Pokémon Go players must walk around in real life to move their trainers in the game, and the more you move, the more Pokémon you'll encounter. Each player also starts out with some incense that can be burned to lure wild Pokémon toward you.

Pokémon are captured when you successfully toss your Poké Ball at them. Curveballs, which you throw by wiggling the ball until it turns silver before tossing, earn you more XPs (experience points) thanks to the higher level of difficulty.

According to the official game website, "There are other ways to add Pokémon to your Pokédex, too. If you catch the same species of Pokémon enough times, you'll get the opportunity to evolve one of them! And as you explore, you may find Pokémon Eggs at PokéStops, which will hatch after you've walked a specific distance."

What is a PokéStop?

PokéStops are special locations — usually real-life gathering places like churches, art installments and parks — where players can set up lures to attract more wild Pokémon. Unlike incense, which is specific to each player, any user can go to where a lure has been set and catch the Pokémon it attracts. According to the game website, players can also find "Poké Balls and other items" at PokéStops.

Why do levels matter?

The more you play, the more experience you'll gain and the more levels you'll reach. At Level 5, more items become available and players can start going into Gyms to battle. For more specific tips for gaining levels quickly, check out this guide to reaching Level 5 fast.

What is a Gym?

Like PokéStops, Gyms are real-world places that are also special sites in the game. Gyms are indicated by elevated platforms in the game. If you've already reached Level 5, you can stop by a gym to battle a trainer from an opposing team. If you win, your team takes over the gym. If your team already controls the gym, you can train your Pokémon there by battling friendly trainers.

There are three teams in Pokémon Go, Team Mystic (blue), Team Valor (red) and Team Instinct (yellow). At some point in the game, each player is asked which team they want to join. Each team provides different, specialized advantages to your Pokémon, and being a part of a team allows players to begin interacting with the Gyms.