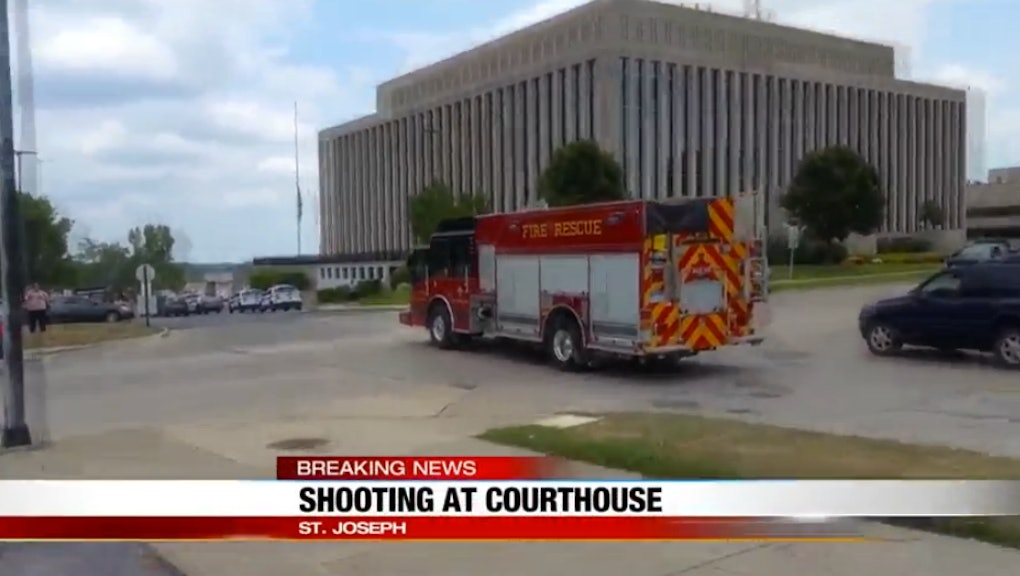 Gov. Rick Snyder tweeted about the incident and asked people to "join me in praying for those affected." Snyder also said the state police had secured the scene.

WSBT's Rick Schutt tweeted that two bailiffs died in the attack, as well as the gunman. According to Berrien County Sheriff Paul Bailey, a deputy sheriff and several civilians were also injured, WSBT reported. They are in stable condition at the nearby Lakeland Regional Hospital. The exact number of people wounded in the shooting is not yet known, and the shooter has not been identified.

Bailey told WSBT the incident followed a "disturbance" on the third floor of the courthouse just before 2:30 p.m. Eastern. The gunman's motive remains unclear, but local authorities are now investigating.

The courthouse attack follows Thursday's shooting in Dallas, in which five police officers were killed and 14 people total injured. There's no word on whether the two incidents are in any way related.

Donald Trump, the newly self-proclaimed "law and order candidate," has tweeted his thoughts and prayers for the victims of the shooting.