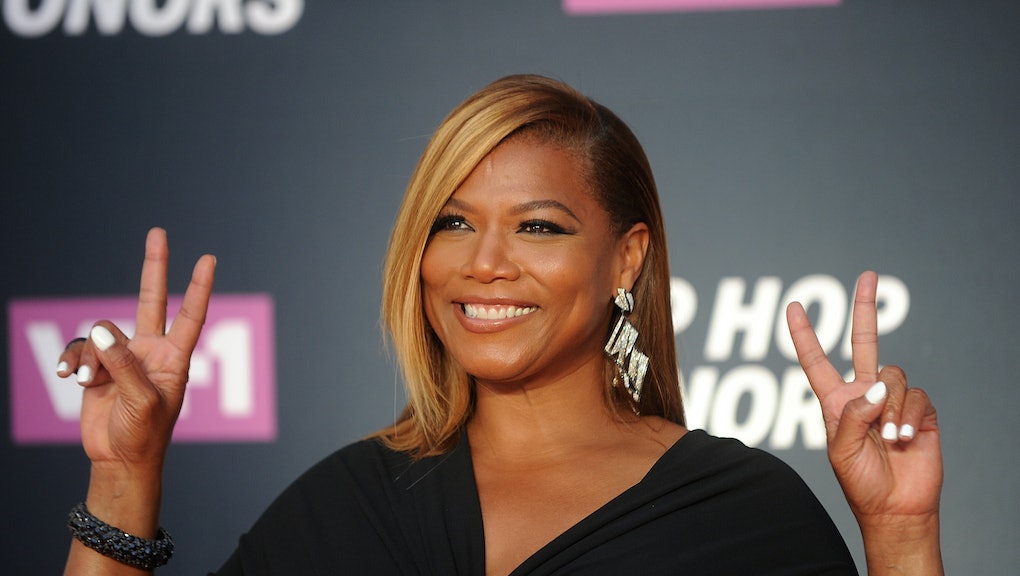 Queen Latifah took a stand for black female artists at VH1's Hip-Hop Honors: All Hail the Queens Monday night, telling audiences it's queens like her who "built hip-hop." The entertainer also addressed racial tensions plaguing the nation, saying racism is still an issue even artists of her caliber are confronted with.

"Listen, we all know that the world, and our world, is really tense right now. There's a lot of tension, a lot of angst, a lot of hurt, a lot of pain," Queen Latifah said during her speech. "I'm hoping that we can somehow manage to channel all of these emotions that we have in a positive way."

"I don't care how much or things I have, or Puff has, or Missy has, or the ladies have — if I go outside and try to hail a cab and he passes me for the white woman standing right there, that racism is still alive and kicking," she continued. "We have to change that. And I'm not blaming the white lady, she needed a cab too. I'm just saying, we've got to change this attitude."

The show's honoree performed a medley of her biggest hits with Da Brat and Monie Love. She closed the show with her song "U.N.I.T.Y." Naughty By Nature also honored her with a performance.