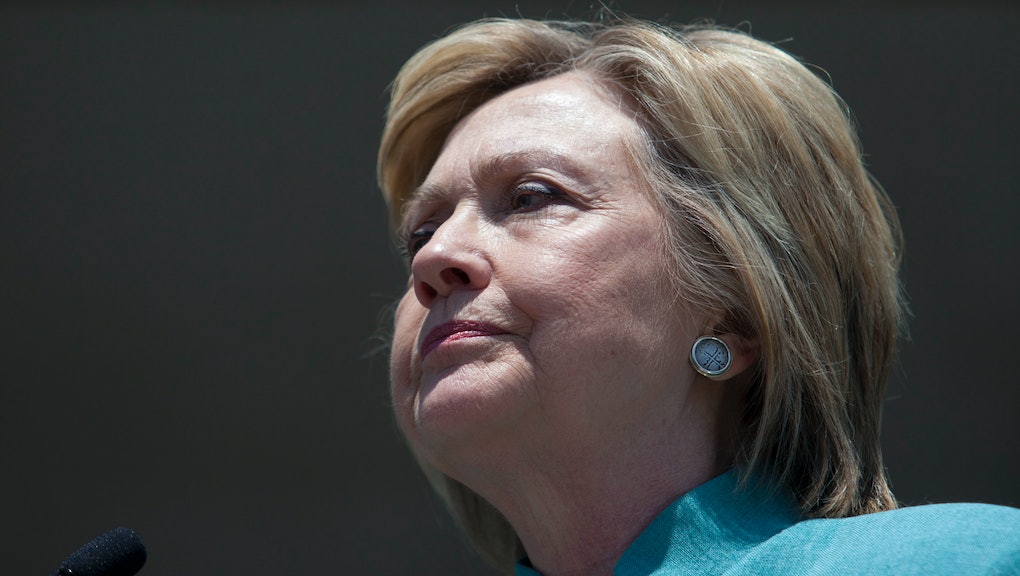 Presumptive Democratic nominee Hillary Clinton is still struggling to win over young voters who backed Sen. Bernie Sanders in the Democratic primary, with just half saying they will vote for her in the general election in November, according to a poll released Tuesday by the Associated Press.

The GenForward survey — which was commissioned by the University of Chicago's Black Youth Project — found that a quarter of Sanders backers aged 18 to 30 won't back Clinton in the general election, with another quarter still unsure.

The survey was released hours before Sanders was set to campaign with Clinton in New Hampshire — the first time the two candidates have come together since Clinton clinched the nomination in early June.

Clinton's campaign is hoping Sanders' support will help galvanize young voters — who backed Sanders in historic numbers — behind her bid.

Already, 85% of Sanders' voters say they'll vote for her, according to a poll by the Pew Research Center. That includes more young voters aged 18 to 29 than supported President Barack Obama in his 2008 bid.

But the GenForward survey found Clinton is struggling with white and Hispanic voters in the 18-to-30 age demographic.

Only 26% of white voters in that age group view Clinton favorably. A little less than half, or 49%, of Hispanic voters aged 18 to 30 view Clinton in a positive light.

There is some good news for Clinton, however, in the GenForward poll, which also surveyed how young voters view presumptive Republican nominee Donald Trump.