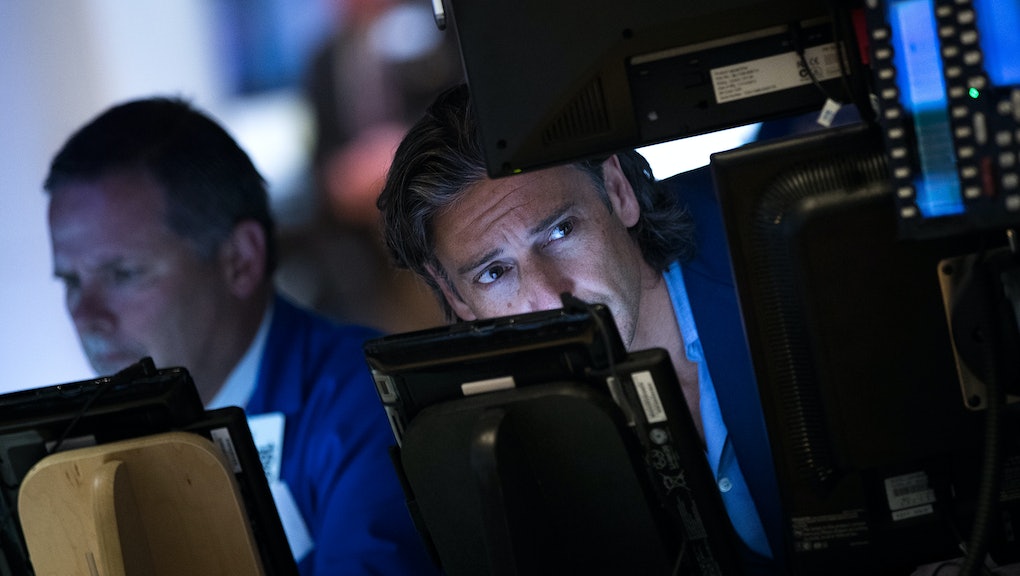 Which Stocks Should I Buy? Here's Why That's a Trick Question

My first job out of college was working for a stock brokerage. Every morning I wrote about different stocks people could buy: ones that were "undervalued," ones that had "exciting growth potential" and even stocks that were doing badly.

It was a valuable experience, not least as a daily reminder why everyone — including the average millennial — needs to better understand and invest enough money in stocks so as not to land in literal poverty during old age (or never get to retire at all).

But my time researching equities also showed me the danger in misunderstanding how stock investing works, and that there are better and worse ways to get healthy equities exposure. Owning stocks is very different from picking stocks — or "playing the market."

Here is a guide to telling the difference.

The case for stock investing

When you buy a few shares of stock in a public company like Coca-Cola or Apple, you're basically buying a tiny percentage stake in the business.

Your investment helps fund things like research and the development of new products. At least in theory, the company then has an obligation to shareholders like you to make sure your investment keeps getting more valuable. The money you make from buying stock and selling it after it grows in value is called a "return."

Earning returns might sound good when you think about the alternatives: Stuffing $20 under your mattress and waiting 40 years is never a great way to preserve purchasing power. And today's savings accounts aren't much better than your mattress: Your cash basically just sits there and doesn't grow.

Blame today's historic record-low interest rates, which have also rendered useless other old-school ways of growing money. Back in the '80s, our parents could just drop cash into safe government bonds yielding 15%. Divide that by 15 and that's nearly how little the same bond investors are getting today.

While we don't have to deal with the inflation that plagued older generations, we also lack our elders' buying power, which makes stocks seem especially desirable.

"Equities are so important right now," said Peter De Florio, a former E*Trade project manager. "You have bonds as an option, but the rates are so low."

Plus, there's no shortage of inspiring stories that make stock investing seem exciting and enticing. There is, for example, the one about the secretary who was lucky enough to buy three shares of Abbott Laboratories back in 1935 for $180... which grew to $7 million by the time she died at age 100.

As it turns out, there's a big difference between investing in stocks and picking stocks.

Specifically, hand-picking one or a small number of stocks makes it far more likely you will fall behind someone who invests in a broad bucket of companies, like the S&P 500 (the 500 largest U.S. stocks).

What's surprising is that this seems to be true even for professionals.

Year after year, evidence keeps mounting that so-called "active management" — the practice of picking stocks in the attempt to beat the broader market — fails most of the time. And we aren't talking people sitting at home in Snuggies trading stocks for fun: These are men and women whose literal job is to research and choose stocks all day, every day.

That's discouraging news for inexperienced investors, for whom trying to pick stocks is like bringing a knife to a gun fight.

After all, the only way you can make money betting that, say, frozen orange juice concentrate is going to go up is if there are also people betting it will go down. And many of these people have more information than you do — think fund managers with teams of analysts.

More recently, financial services companies have begun creating algorithms to do their trading for them, automatically making trades in fractions of a second.

If you're a millennial buying a few shares, you can't do anything in a matter of seconds. There are often waiting periods in between buying and selling your stocks that make "timing the market" incredibly difficult. And even if you manage to make what seems like a smart trade, human nature is not on your side.

Emotion tends to lead investors to sell low and buy high: That's the opposite of what they should do, and the real reason why market timing is a fool's errand.

The right way to hold stocks

The simplest and smartest way to own stocks is within a big, broad bucket (such as in one or more well-diversified exchange-traded funds) in a tax-advantaged retirement account (like a 401(k) or individual retirement account) — for a long time.

It pays to set aside cash you won't touch for at least a decade or two because equities tend to beat bonds and cash, and behave more predictably, over the long run.

"There isn't a 20-year period where the S&P 500 generated a negative return," said Keith Reiland, a manager at Jensen Investments.

But if you are still determined to try your hand at straight stock picking, be sure to ask yourself these three questions first. If the answer to any of them is "no," you should think twice about sinking your hard-earned cash into individual equities.

Like two-thirds of Americans born after 1980, I have some student debt. Luckily for me, it's not too much debt, but I still have it. And debt is a big reason I don't feel good about using my money to gamble in the stock market.

Even so-called "blue chip" stocks, those big household names, can lose value if the market dives, laws change, or there are management problems within the company. Anyone who tells you a stock — or any risky investment — is a "guarantee," is lying to you.

Paying off debt early, on the other hand, has a truly guaranteed return. You're reducing your interest payments, which means more money in your pocket. That's why the extra money I would use to buy stocks goes to pay down my debt. A smaller, guaranteed return is almost always going to be better than a larger, hypothetical one.

If you are like most American millennials, you probably don't even have enough saved to cover one major emergency expense, like a big car repair or ambulance ride.

Until you have cash set aside to cover at least three to six months of living expenses, forget about playing the market.

Recent suggestions for retirement savings goals say you need the equivalent of one times your annual income saved up in a retirement account by age 30, two times your salary by age 35, and three times your earnings by age 40.

Most people are so far behind on retirement savings that you're ahead of the curve if you're even close to those amounts.

But don't think about viewing that hot stock tip you heard on the radio as a replacement for setting aside at least 10 to 15% of each paycheck for retirement.

Now, if you can answer yes to all those questions above, you might be in good enough shape to set aside some "fun" money for playing the market.

"It's fun and interesting," he said. "I'm interested in what society is using. I like trying to predict what's going to happen."

Luckily for millennials, it has never been cheaper to buy stocks, thanks to the advent of free online brokerages. Just remember that you shouldn't be risking any money that would be disastrous to lose: You need to be willing and financially stable enough to risk losing it all.

And if you do buy individual stocks that you think have long-term potential — and great fundamentals (like return on equity) — know the difference between keeping an eye on them and obsessing.

Managing a portfolio is a little like styling your hair in the morning: if you mess with it too much, you'll end up worse off than when you started.