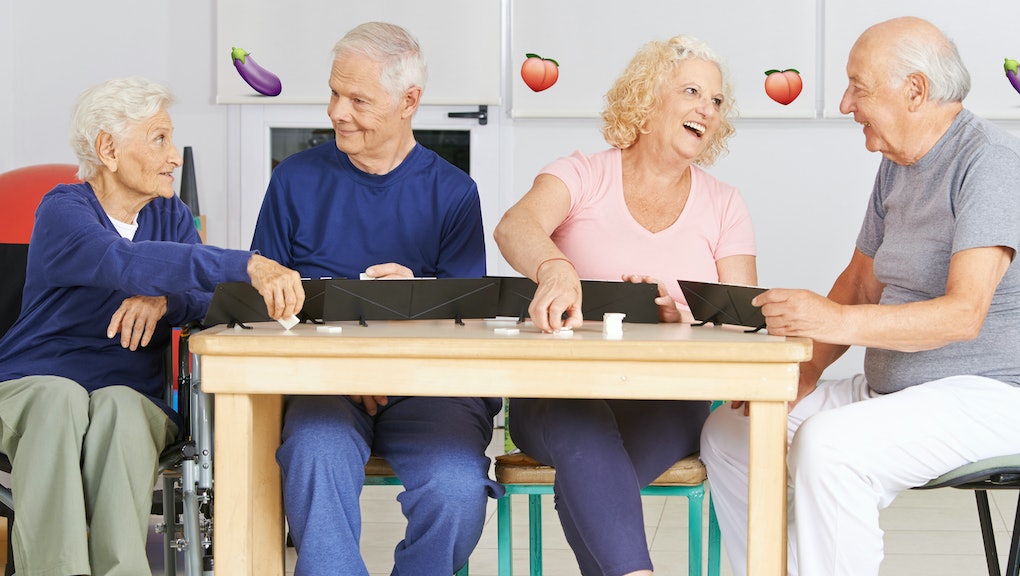 If you've spent your summer in the midst of a sexual dry spell that has you wondering if your genitals are actually just freeze-dried vegetables, then maybe don't read this New York Times article about elderly people who are getting laid on the regular.

The piece focuses on Hebrew Home at Riverdale in the Bronx, which is a nursing home in New York that apparently gets lit AF after dark.

"I enjoyed it and he was a very good lover," one 85-year-old resident told the Times of a recent sexcapade she had with her new boyfriend, whom she met in the elevator. "That was part of how close we were: physically touching and kissing."

The article highlights the various ways Hebrew Home's "sexual expression policy" — a set of standards created to "encourage intimacy among those who want it, but also to protect others from unwanted advances and to set guidelines for the staff" — enables residents to get off. It involves happy hours, private sleepovers, "Do Not Disturb" signs and even an on-site dating service.

That said, nursing home hook-up culture does have its share of issues. Sexually transmitted infections, for instance, have become a serious concern in nursing homes in recent years.

"Part of it is because for older people, the sexual-health disaster of their generation was an unwanted pregnancy," American Sexual Health Association communications director Fred Wyand told U.S. News & World Report in March. "They may not be thinking about protection when in fact seniors are just as susceptible to STDs as anybody else."

There are also a number of very high school-ish issues that can go along with nursing home relationships, such as jealousy and ~*dRaMa*~. As Winnie Hu wrote in the Times piece:

Relationships also mean more drama for the staff, which tries to keep up with who is together and who is not. The dining room can be a land mine. Sometimes, one member of a couple will get jealous when the other pays attention to someone else. Other couples become too amorous, prompting calls to "keep it in your room."

You know what? Maybe your sexual dry spell isn't so bad after all!