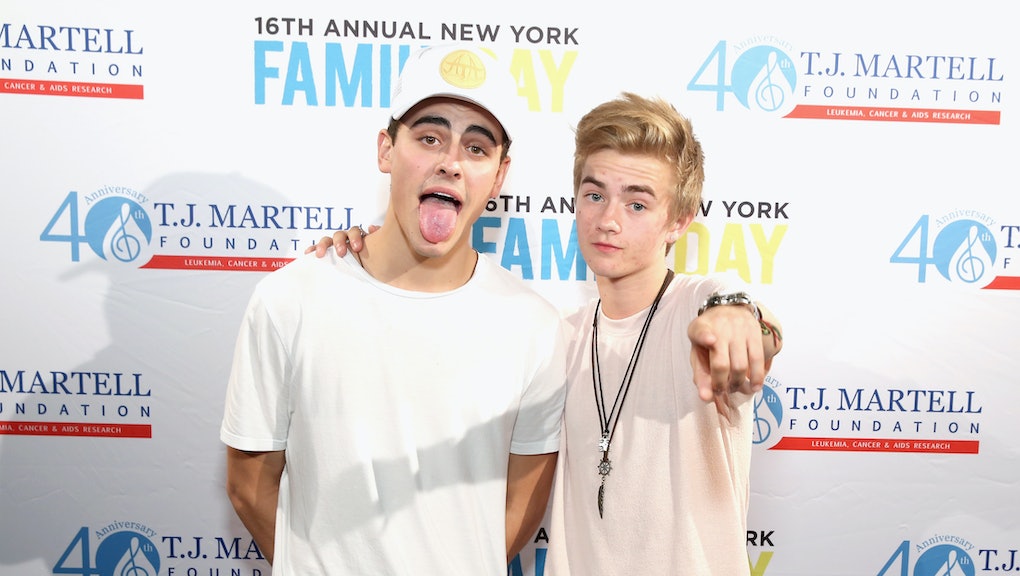 #HackedByJohnson: Fans Are Willingly Handing Over Their Twitter Passwords to Jack Johnson

You may not know who Jack Johnson is — no, not the Hawaiian dude strumming a guitar on the beach. This Jack is dropping sick beats on YouTube as one half of the pop-rap duo Jack & Jack.

He's also asking his millions of teen worshippers for their Twitter passwords.

On Tuesday, @JackJ tweeted to his over 3 million followers to send him their passwords, opening up his direct messages so he could use their personal information to post videos of himself from their accounts, using the hashtag #HackedByJohnson. Before long, #HackedByJohnson was a top trending hashtag in the U.S.

The original tweet in which he asked for his fans' passwords has since been deleted, but we obtained a screenshot before it became dust in the digital wind.

When Jack J obtained a fan's password he would change their username to Jack and Jack and leave some... interesting videos.

In one, he does some somersaults. In another, he lies on the ground and praises the users' pinned tweet, "you have very wise words for your age, I can tell," he says.

While he advises his followers not to give out their passwords to strangers, this is still sending his fans a potentially dangerous message — that it's okay to hand over your password for a reward. And oh boy do his fans want that sweet reward.

If @JackJ is hacked (bless his soul, we hope he has two-factor authentication), then many young fans' passwords could be vulnerable.

Also, Jack J, if you're reading this — asking someone for their password isn't hacking, but it's a security issue nonetheless.

Jack Johnson's attorney confirmed in a phone call that the teen star's Twitter account is protected by two-factor authentication and said Johnson deletes the passwords the same day they are sent.