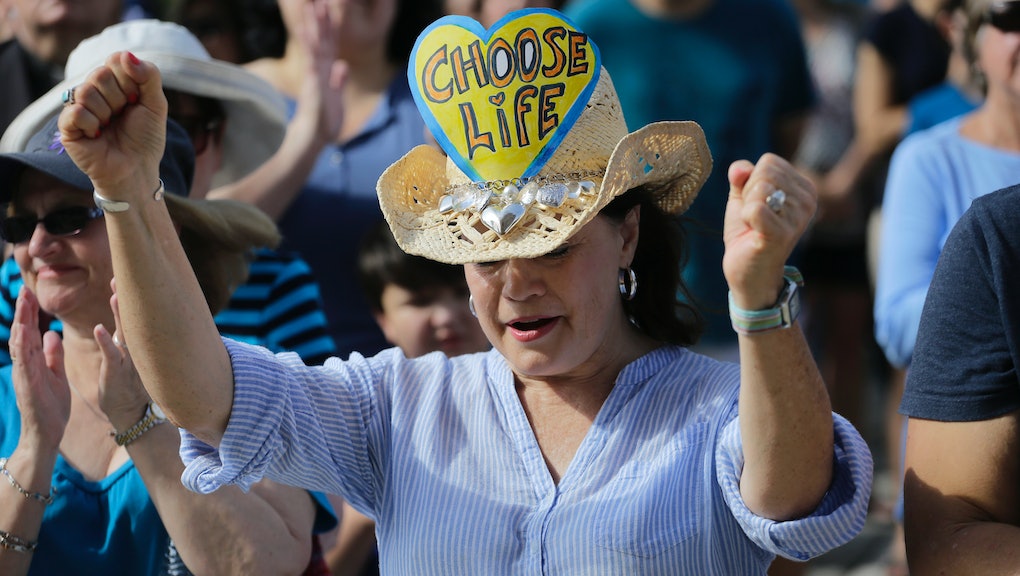 The deadly attack on police during a peaceful Black Lives Matter protest in Dallas last week rocked the country — especially coming on the heels of two separate police-involved deaths of two black men, Alton Sterling and Philando Castile. People turned to social media to voice grief and anger after what was a violent week in the United States — but one group tried to hijack the online discourse and change the conversation entirely.

Anti-abortion activists crashed the #BlackLivesMatter hashtag, replacing it with their own: #UnbornLivesMatter.

At least one anti-abortion group managed to sneak their message into the conversation without the help of the hashtag:

As Salon reported on Monday, the #UnbornLivesMatter hashtag isn't new, but it surged as part of a coordinated effort. "The phrase 'unborn lives matter' has been around for a few years," Miranda Blue, a researcher with People for the American Way, told Salon. "Since the beginning of the Black Lives Matter movement, parts of the anti-choice movement have attempted to co-opt it to promote their own agenda, and they often do so in a way that is completely dismissive of BLM's concerns."

Similarly, in December, Missouri legislators introduced the "All Lives Matter Act," which proposed, among other things, the legal redefinition of a fertilized egg as a person.

The phrase "unborn lives matter," Blue explained to Salon, "echoes the implication in the phrase 'all lives matter' that the BLM movement's concerns aren't legitimate."

The strategy of anti-abortion advocates claiming that abortion is a kind of racist institution is also not new. In 2010, anti-abortion groups sponsored billboards that said, "Black children are an endangered species," the New York Times reported at the time. The billboards suggested that abortion providers specifically target black Americans.

But, as Planned Parenthood's Alencia Johnson told Salon, efforts like this, and the attempt to hijack the #BlackLivesMatter hashtag, only distract from the grievances lodged by the black community itself.

"To appropriate the Black Lives Matter movement in the midst of the brutal tragedies too many in the black community face from state violence is repulsive," Johnson said.