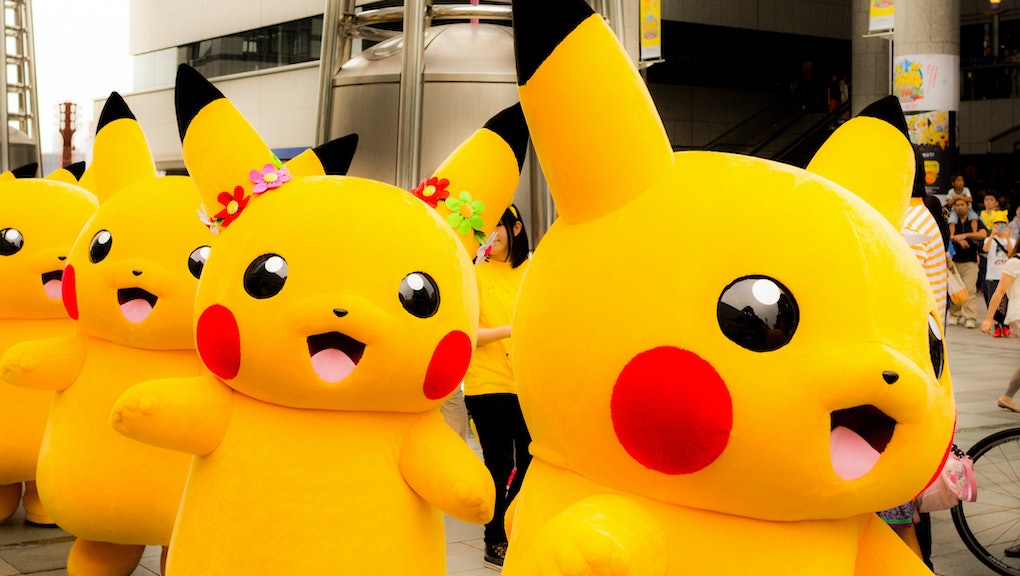 Crazed Pokémon Go players have descended on the suburb of Rhodes, near Sydney, like a locust plague of old. As BuzzFeed reported, words out that Rhodes hosts three intersecting PokéStops, and the Pokémon-playing world has lost its goddamn mind.

"It results in triple experience points, triple monsters and triple coins," one resident told BuzzFeed. "There are also continual 'lures' in this zone, which means there is a constant flow of monsters."

A constant flow of game-obsessed monsters flooding the town, which is apparently a "farm" for rare Pokémons. The promise of nabbing the most elusive of those adorable, bug-eyed savages lures "crowds of well over 1,000" on a nightly basis, the resident said; crowds not of stealthy predators, but of Pokémon hunters who have completely forgotten their manners.

"There is a massive level of noise after midnight, uncontrollable traffic, excessive rubbish, smokers, drunk people, people who are 'camping' in the site and even people peddling mobile phone chargers," the resident continued.

To make matters unthinkably worse, Poké-tourists are apparently blasting the Pokémon theme song from their cars as they drive around in hot pursuit of the cartoon critters. It sounds maddening.

Such behavior explains why Rhodes residents are going full "get off my lawn" on players, having resorted to water ballooning a 300-strong gathering in Peg Paterson Park, the three-stop hot spot and also, the third circle of hell in some locals' esteem. They also called the police.

Pokémon Go has only been around for about a week and already people have proved unable to keep it together. The burning desire to catch 'em all has caused players to abandon all decorum in the delivery room, stricken fear into the hearts of police officers and prompted people to mob the homes of strangers.