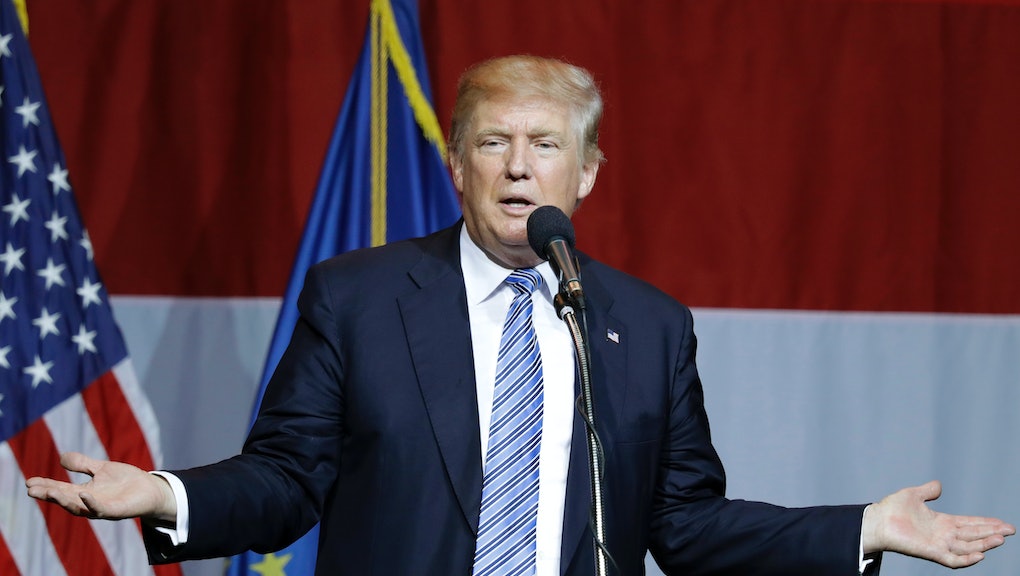 More than two-thirds of voters ages 18 to 30 say Donald Trump is a racist, according to a poll released Wednesday.

Every demographic of young voter tracked in the poll — black, Asian, Latino and white — see the presumptive Republican presidential nominee as a racist, according to the survey, which was conducted by GenForward and commissioned by the University of Chicago's Black Youth Project and the Associated Press-NORC Center for Public Affairs Research.

Given those results, it's unsurprising that the vast majority of voters ages 18 to 30 had an unfavorable opinion of Trump, according to the poll.

Three-quarters of young voters view Trump unfavorably, and only 21% said he was qualified to be president, the poll found.

More than half, or 54%, of young voters have an unfavorable opinion of Clinton, according to the survey.

Still, she leads Trump 38% to 17% among young voters, according to the poll.

Clinton's low number in a match-up against Trump is largely thanks to the hesitance of young Bernie Sanders supporters, only 51% of whom said they will vote for her in November.

But Clinton's campaign hopes that number will grow, especially after Sanders' endorsement on Tuesday.

The poll was conducted from June 14 to June 27 — when Sanders was still an active candidate.