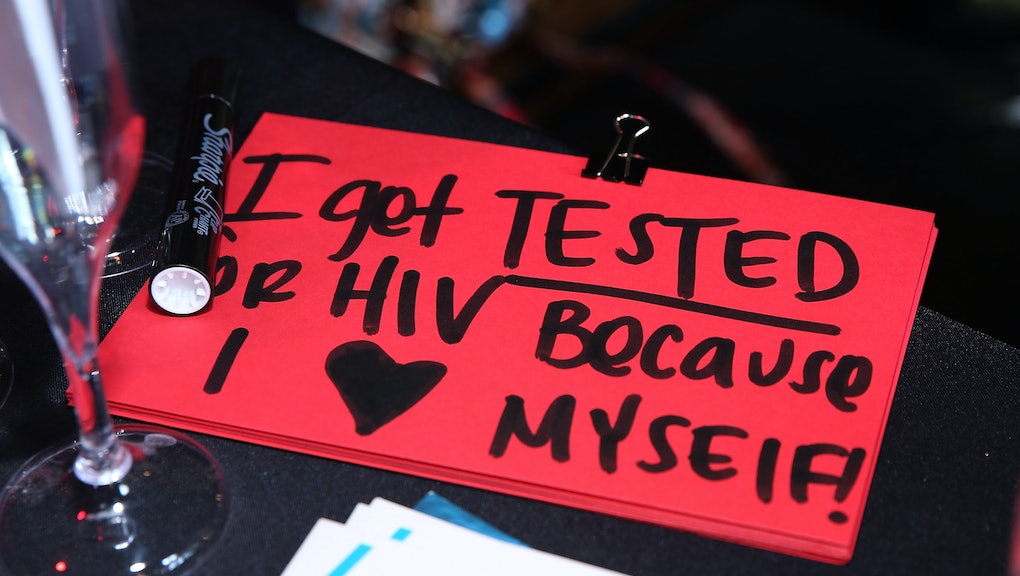 Transmitting HIV While on Successful Treatment Is Close to Impossible, PARTNER Study Says

A new study brings good news for anyone who has ever worried about the possibility of HIV transmission.

The Journal of the American Medical Association published results from the yearslong PARTNER study, which followed hundreds of mixed-status couples — one negative partner and one positive partner. After thousands of sex acts, researchers uncovered one huge breakthrough in preventing the transmission of HIV.

The chance of transmitting HIV is effectively zero when an HIV-positive person is on effective HIV treatment.

Eleven HIV-negative participants did seroconvert — go from HIV negative to HIV positive — during the trial, but scientists used phylogenetic testing to show that none of the transmissions came from within the couples. Scientists can test to see whether a person's virus is genetically linked to another to determine from whom someone acquired the virus. In those 11 cases, the person acquired the virus from someone outside the relationship.

There's really no scientific way to say the risk is absolute zero, because that would require documenting every sex act between mixed-status couples ever. But, for now, science says that we have the tools to stop HIV transmission.

When an HIV-positive person adheres to their medication, the amount of virus in their bodily fluids is extremely low, thereby deeming them undetectable. However, only 30% of people in the U.S. are currently virally suppressed, according to the Centers for Disease Control and Prevention's HIV/AIDS care continuum.

To stop HIV in its tracks, the United States needs to work on increasing the number of people with an undetectable viral load, because 91% of HIV transmissions occur because a person with HIV either hasn't been diagnosed or has not started on HIV meds.