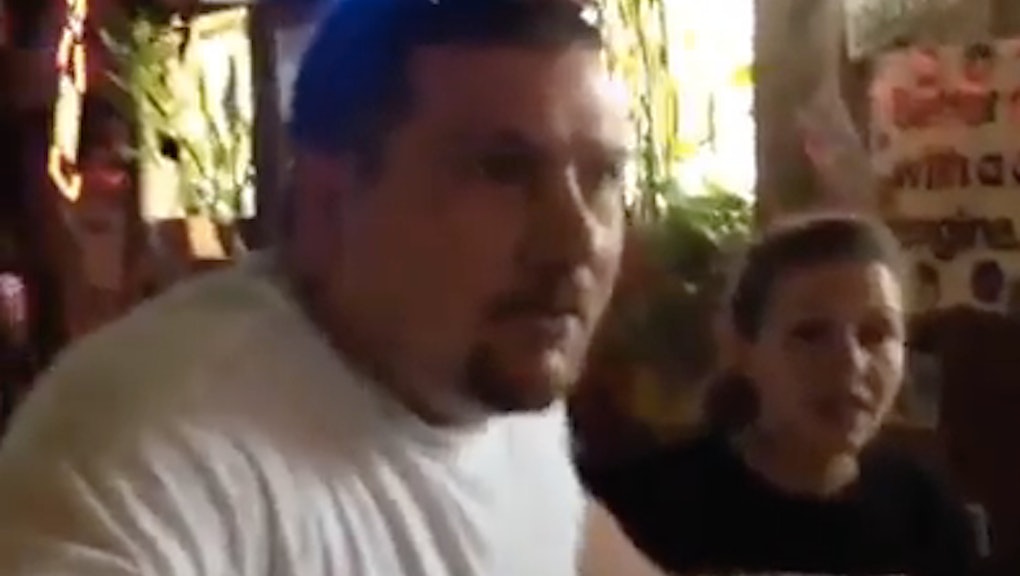 A black teenager used Facebook Live to reveal just how ugly racism is at a Chester's in San Antonio, Texas.

The 15-year-old went with her family to the restaurant after attending church services, and according to her, when she got her beverage she heard a white family cursing at her for an unknown reason.

With her camera in hand, and another relative by her side, she walked up to the white family and said, "So, Facebook, this is what racist people looks like."

Without skipping a beat, the white family immediately started using racial slurs and obscenities at the teen and her family.

The white woman in the film began shouting, "You're a fucking nigger!"

Then the white woman in the film began charging at the black family, while the white man tried to hold her back.

The white woman also shouted, "Take your nigger ass back to Africa, hoe." One of the black women responded saying, "I was born right here in America."

The white man then turned and responded: "My ancestor brought your black ass over here."

When the five-minute racially charged exchange ended, the teen turned the camera to her face and explained to her Facebook friends why she had to record the heated interaction.

"That's the problem though. You can't fight these people because that's how you end up in jail," she added.

The teen has a point. Her courage to confront the ugliness of racism, with a camera in hand, reveals just how rampant bigotry and anti-blackness is in America society. Within the five minutes of vulgar obscenities and racist remarks shouted at the black family, no one intervened. No one got up from the seats. No one told the white family to refrain from using the word n*gger. No one defended the black family. No one said it was enough.

It's 2016, and a black family in one of the many diverse cities in Texas can't even sit down and enjoy a meal in peace without being called anti-black slurs.