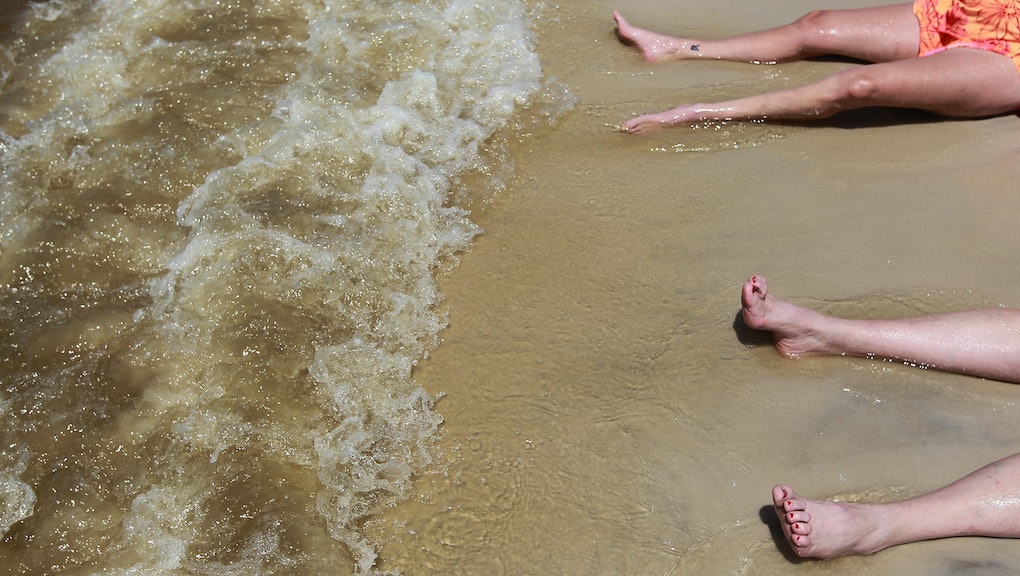 Texas is experiencing a string of people becoming infected with flesh-eating bacterial infections — including vibrio vulnificus and necrotizing fasciitis.

In the past two months, there were two reported cases of vibrio bacteria from a beach and one of necrotizing fasciitis from an unknown source, which has resulted in the loss of toes and limbs.

But there's no reason to panic, health officials reassure that Texan beaches are still safe. "There is nothing unusual," Christine Mann, spokeswoman for the Texas Department of State Health Services said. "Last year we had the highest number since we began tracking it. This year seems more like a typical year."

In 2016 so far, there have been 28 confirmed cases of vibrio bacteria in Texas, according to the TDSHS resulting in one fatality. Last year, the organization reported four fatalities in 102 vibrio cases.

Most of the flesh-eating bacteria infections plaguing Texans were contracted at the beach, since vibrio bacteria thrives at the bottom of warm water and infiltrates open wounds. This year, about half of those reported cases were from the beach water around Galveston Island and Port Aransas. Vibrio can also be contracted by eating undercooked seafood.

And while vibrio itself doesn't have flesh-eating properties, it does release a toxin that casuse the immune system to destroy flesh.

Health officials say that while Texas is a site where the bacterial infection can be contracted, actual chances of such are low. Vibrio has the highest fatality rate, but the likelihood of contracting it is extremely low — 1 in 50,000.

The bacteria is actually located everywhere, even on our skin. It's a combination of multiple types of bacteria, including the kinds that cause strep throat, and becomes an infection when it comes in contact with a wound or break in the skin. There are up to 1,100 cases of necrotizing fasciitis caused by group A strep reported each year, according to the Centers of Disease Control and Prevention.

As with vibrio, someone infected with necrotizing fasciitis will experience flu-like symptoms of a fever and chills, followed by black blood blisters.

"It can happen spontaneously from a break in the skin or from a chronic wound gone bad," Dr. Robert Gaines said. However, people with weaker immune systems have a greater risk of infection. Ultimately, there's no way to completely prevent an infection.