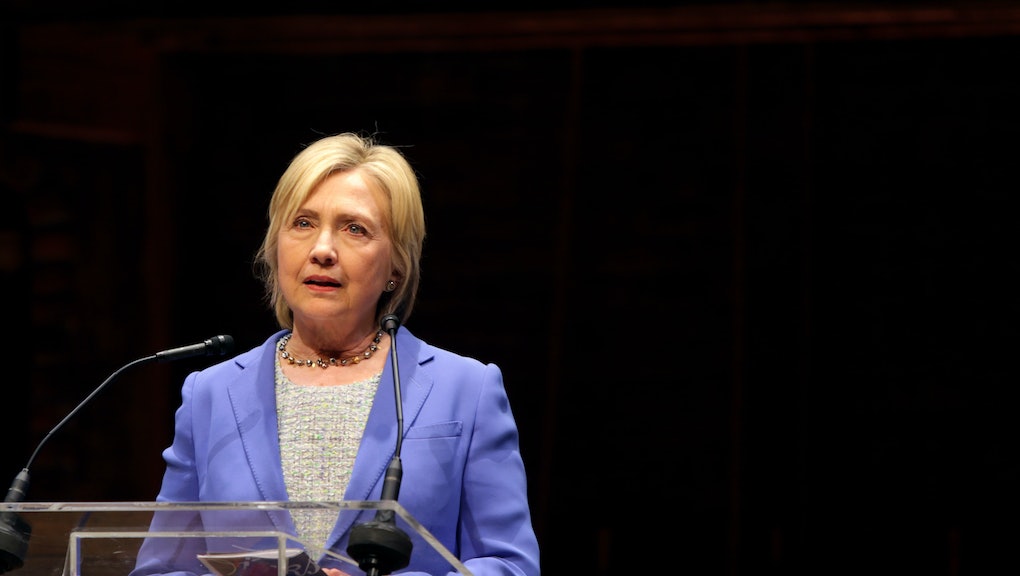 In a sober speech delivered from President Abraham Lincoln's hometown, presumptive Democratic presidential nominee Hillary Clinton on Wednesday called for Americans to work together to improve race relations in America.

Clinton delivered her address from the old State House in Illinois, where Lincoln delivered his famous "House Divided" speech.

And she invoked those same words to call for healing in the wake of violence in the past week — including the deaths of two black men who were shot by police, as well as five police officers who were killed during a protest in Dallas.

"Recent events have left people across America asking hard questions about whether we are still a house divided," Clinton said. "Despite our best efforts and highest hopes, America's long struggle with race is far from finished."

Clinton went on to acknowledge that many black Americans "have every reason to feel" that "their lives are disposable. She declared that, "Yes, we do need to listen to those who say, 'black lives matter.' "

Clinton also said police officers need to be treated with respect, adding that it's not solely the responsibility of police departments to solve the country's racial divide.

"When it comes to overcoming systemic racism and so many other problems in society, we ask too much of the police and too little of everyone else," Clinton said, quoting Dallas Police Chief David Brown. "I think he's absolutely right. This is our problem, and we all need to work together to solve it."

Clinton also made the case that her opponent, presumptive Republican nominee Donald Trump, is not the kind of leader who could unify the country.

"His campaign is as divisive as any we have seen in our lifetimes. It is built on stoking mistrust and pitting Americans against Americans," she said. "It's there in everything he says and everything he promises to do as president."

Clinton pointed to Trump's proposed policy to ban Muslim immigrants, his use of an anti-Semitic meme created by neo-Nazis and his attack on a judge of Mexican descent as reasons why he would further divide the country.

"I got a letter from a mother the other day who said her adopted son asked her with a shaky voice if President Trump would send him back to Ethiopia," Clinton said. "When kids are scared by political candidates and policy debates, it's a sign something has gone badly wrong."

She added that Trump has hijacked the Republican Party, the Party of Lincoln, saying "that's not just a huge loss for our democracy, it's a threat to it."

"We're in this together, even if that's not always easy," Clinton said. "So let's think better of each other, let's hold together in the face of our challenges, not turn on each other or tear each other down."