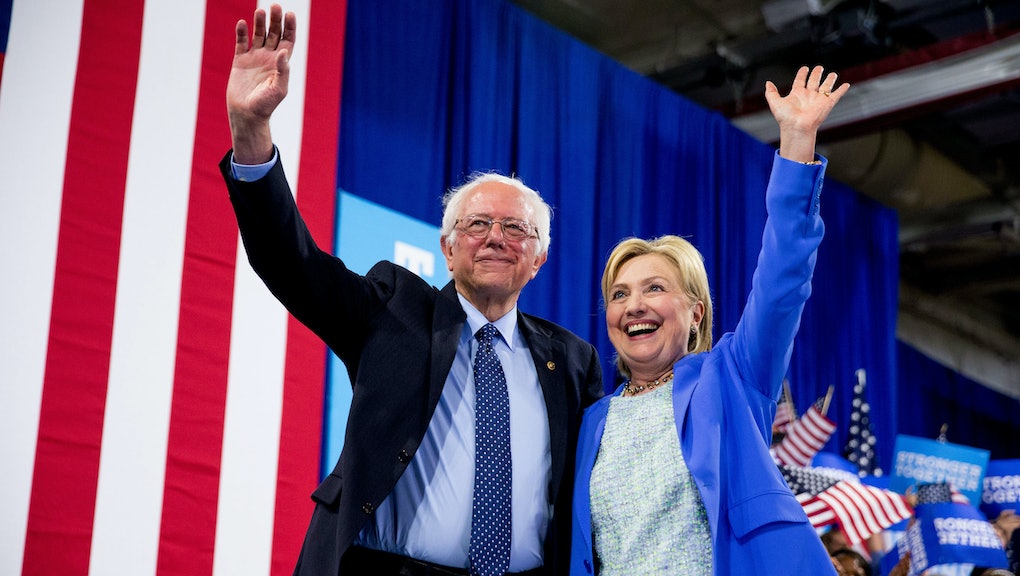 Yes, Bernie Sanders Is Technically Still a Candidate for President

Sen. Bernie Sanders issued a full-throated endorsement of Hillary Clinton Tuesday, admitting that she won the Democratic nomination and pledging to do everything he can to help her get elected in November.

And yet, he is still not suspending his campaign for the presidency.

A Sanders spokesman confirmed Wednesday that yes, Sanders is still an active candidate for president.

And yes, he will ask for a roll call vote of the delegates when the party meets in Philadelphia in two weeks for the Democratic National Convention — which would put into the record the final delegate tally, which will show Sanders lost.

The aide did not respond to a question asking why Sanders is still an active candidate, given that he was unequivocal in concession that Clinton — not himself — will be the nominee.

His campaign has also said it does not plan to wage continued fights on the Democratic platform at the convention, according to the Washington Post, despite the fact that a number of his policy positions are not represented in the document — including his opposition to the Trans Pacific Partnership trade deal.

Similarly, since his Clinton endorsement, Sanders no longer has Secret Service protection, something granted only to active presidential candidates who meet qualifying criteria, including "actively campaigning" for the "nomination of a qualified party," according to the Secret Service.

Some Sanders supporters on social media who have had a hard time accepting Sanders' Clinton endorsement say his endorsement was merely a ploy to get a prominent speaking slot at the convention. And the fact that he didn't suspend his campaign, some of these holdouts say, means he can still win the nomination — an outcome that is as unlikely as it sounds.

It's possible that Sanders wants to allow his delegates — many of whom spent months fundraising the thousands of dollars necessary to travel to the DNC — the chance to voice their support for his candidacy in Philadelphia.

Whatever the reason, though, Bernie Sanders is still an active candidate for president — even as he's supporting another.