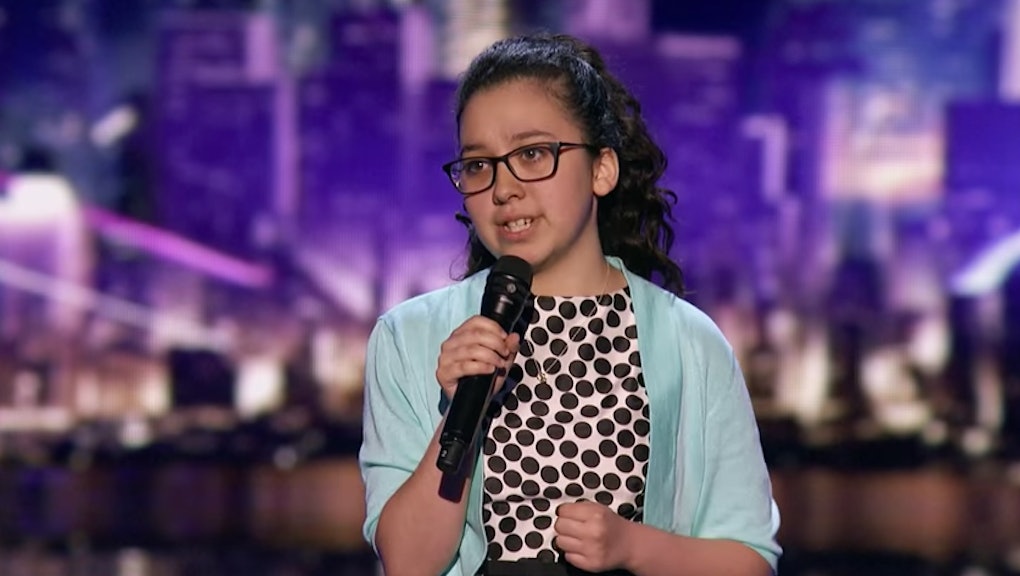 Last time 13-year-old Lori Mae Hernandez was on America's Got Talent, she absolutely slayed the judges with a hilarious routine poking fun of her age (and of Donald Trump). But, during her appearance on this week's episode, she made Caitlyn Jenner the butt of her jokes — and people were pretty thrown by her choice of material.

"Apparently it's so difficult to become a woman that you have to train to wear a bra. And if you don't believe me, ask Caitlyn Jenner," she said.

"But no no no, i think it's great what she's doing — a dad that would go to that length to teach her daughters how to dress right."

The jokes earned Hernandez an applause break — a disconcertingly long one, for that matter — but offline, the sentiment was less positive.

Many tweeted about their disappointment at an act that made a trans woman the butt of the joke — especially in a season that already featured an inspiring performance from trans comedian Julia Scotti, who spoke movingly about coming out as trans during her America's Got Talent audition earlier this month.

Lori Mae Hernandez is only 13 — so she's still got plenty of room to grow. Here's hoping that on her next appearance on the show she sticks to jokes about being an unqualified babysitter. Those jokes are fun.