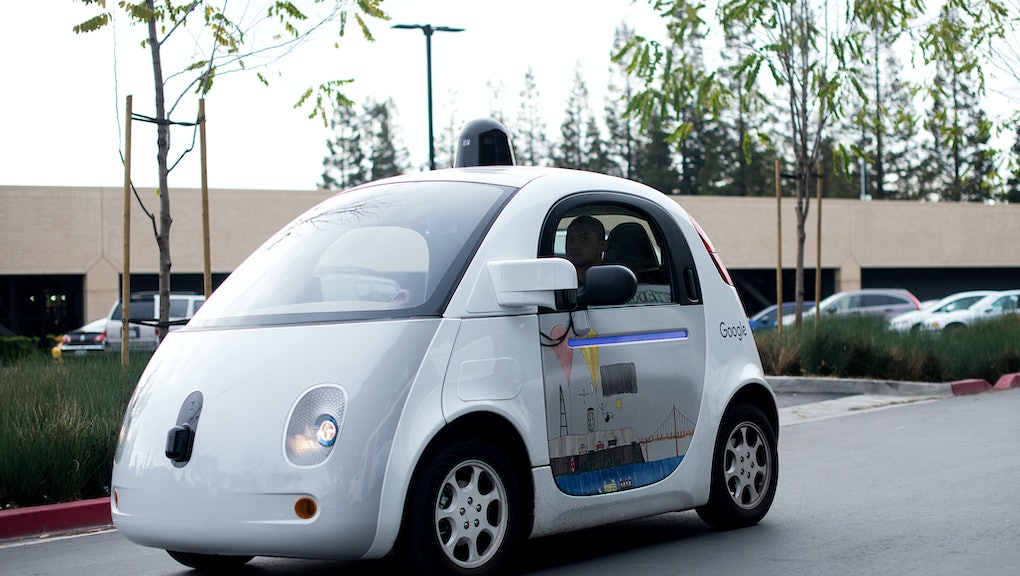 These Stats Show Why We Need Driverless Cars So Desperately

A lot of humans are pissed off as they wield heavy machinery every day.

A newly released AAA Foundation for Traffic Safety survey found that "nearly eight of every 10 U.S. drivers admit expressing anger, aggression or road rage at least once in the previous year," the Detroit Free Press reported. This means tailgating, shouting, cutting someone off or angrily gesticulating.

The foundation also found that about 8 million drivers exhibited behaviors like intentionally bumping or ramming another car or getting out of their car altogether to confront another driver. The survey was conducted in 2014, the Detroit Free Press noted, and has just been released.

"Far too many drivers are losing themselves in the heat of the moment and lashing out in ways that could turn deadly," Jurek Grabowski, the foundation's research director, told the Detroit Free Press.

You know what's not prone to dangerous asshole-ish debauchery on the road?

His statement supported data gathered from Google's self-driving cars that show the autonomous vehicles are "safer and smoother" than human drivers.

And while this year experienced the first fatal crash involving Tesla's Autopilot along with another non-fatal crash using the same feature, human drivers are still fatally flawed. Tesla's accident was the "first known fatality in just over 130 million miles where autopilot was activated," according to the Tesla team, compared to the nearly 1.3 million people who die in car accidents each year worldwide, according to the Association for Safe International Road Travel, with an average of about 3,287 deaths a day.

While self-driving cars aren't primed to take over the roads just yet, they are already proving safer and less inclined to flip off and ram another car on the road than human drivers.