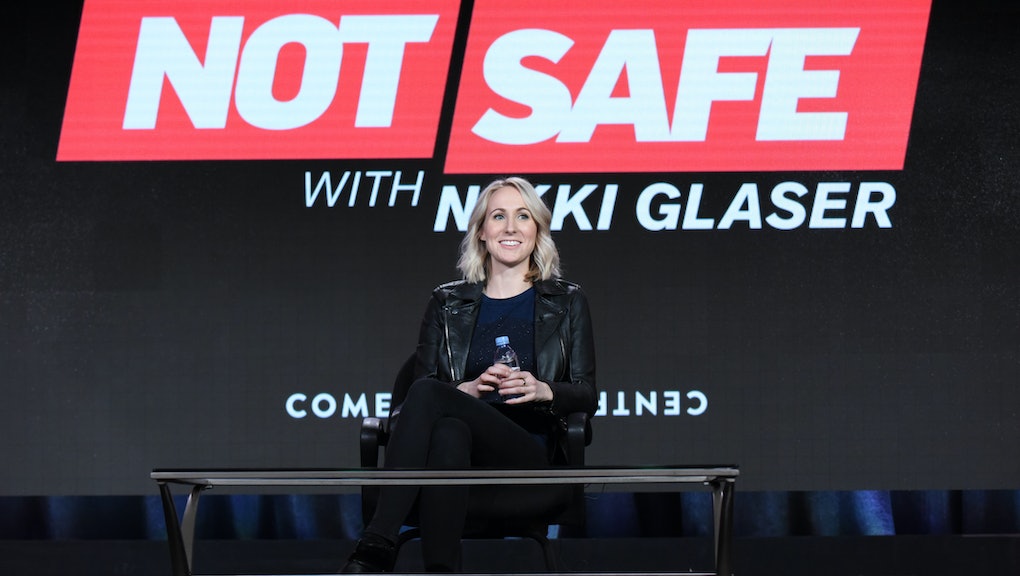 Comedian Nikki Glaser and sports reporter Katie Nolan addressed this particular statistic from the academic journal Violence Against Women and the epidemic of college athletes receiving impunity for raping victims in the latest episode of Not Safe With Nikki Glaser.

In the segment, Glaser interviews Brenda Tracy, who in 1998 was allegedly gang raped by four football players. Two of the suspects played for Oregon State University. When Tracy went to the Salem Hospital to conduct a rape kit and report the incident to the police, all four men were handcuffed, arrested and booked — but she didn't press charges.

When Tracy's alleged rape became public knowledge, she faced retaliation. She said that her best friend, who Tracy indicated was at the scene of the rape at the time, had told her that she would testify against her in court to protect her boyfriend and his brother. Tracy said she was also receiving death threats targeting her and her two children. Even the district attorney lied to her about not having a "good case," she said, and that it would be hard to win. However, with the help of John Canzano, a reporter for the Oregonian, Tracy said she found out that the district attorney had confessions from all four of the football players admitting that they raped Tracy.

What Glaser found out was that during the time of Tracy's alleged rape, Oregon State University wanted to build a new football stadium that would require grants, donations and support from the local community. Pressure from officials and friends ultimately swayed her against filing charges.

"I guess, for me, it comes down to the worth of my life was whatever amount that stadium cost," Tracy said to Glaser.

However, for Tracy, the betrayal from the people she trusted — her friend and the district attorney — was the most painful part of the incident.

You can watch the segment here: